Seamus Power has joined the DP World Tour in a bid to make the Ryder Cup team. 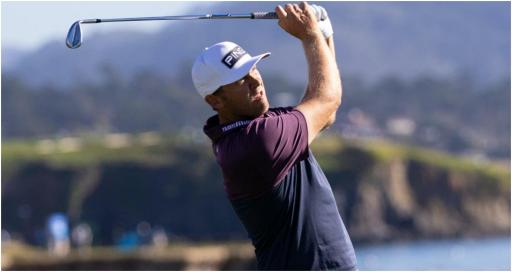 It wasn't long ago that Ireland's Seamus Power broke into the top 50 of the Official World Golf Ranking. Now he has Rome on his mind.

The 35-year-old has joined the DP World Tour in a bid to try and claim an automatic place in Henrik Stenson's European side in 18 months time.

Over the past few years Power has been in scintillating form that culminated in his first win on the PGA Tour at the Barbasol Championship.

Those came at the Sony Open in Hawaii, the AT&T Pebble Beach Pro-Am and the RSM Classic. He has drawn many plaudits and is unfortunate not to have won more.

Currently, he ranks at number 48 in the world and is the 10th highest placed European. It could not be out of the realms of possibility he pegs it up at the Marco Simone Golf & Country Club.

Power continued his good form and defeated Sungae Im 5&4 in his first match at the WGC Match Play.

He told the media: "With the Match Play this week, the PGA Championship, the Irish Open and the Scottish Open all looking good, I thought it was a good idea [to come here] especially with the Ryder Cup in mind."

"I don't have to play much this year because I'll have affiliate membership, but if it goes well, I believe next year I have to play four events outside of the WGCs and the majors.

"But for this year, if I play the four events I mentioned, I am covered."

Stenson, 45, has already accepted his Ryder Cup playing days may be over. The Swede has yet to announce the start date for the qualifying campaign for Rome.

His final side has to contain members of the DP World Tour.

Paul Casey memorably dropped his European Tour card in 2015 and forfeited his chance to play at Hazeltine a year later. He did return, however.

Will Power make it onto the team? What do you think? Let us know on our social media channels.