Brooks Koepka was filmed saying these words on the range at Austin Country Club to a reported group of autograph hunters at the WGC Match Play. 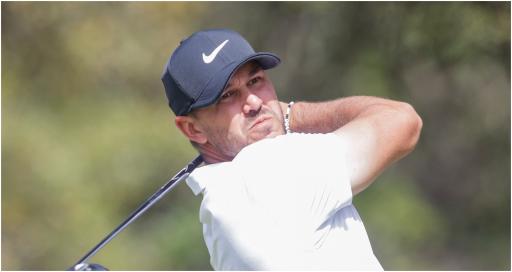 Brooks Koepka was filmed reportedly snubbing a group of autograph hunters with the line: "I gotta work...I don't come to your job asking for your s--- do I? I don't think so."

We should say that for clarity we do not know the full context of what was said or what happened beforehand.

The footage was first obtained and reported on by TMZ. They claim he was "shutting down" a group of people that were asking for his signature.

In the 29-second clip, you can see Koepka walking to make his way off the range before turning around and addressing what we presume is an autograph seeker or a group of autograph seekers.

The video comes from the range at Austin Country Club where Koepka, the World No. 20, was taking part in the WGC Match Play.

The narrator of the video recording can be heard saying: "Oh man, that's hardcore!" Another voice adds: "Go get 'em, baby!".

Koepka did in fact "get them" and he won his first match against South Africa's Eric van Rooyen 3&2.

TMZ further reported that Koepka may have been using a line from the golf movie "Tin Cup" about an aimless golf prodigy who hits the big time.

Though the line in that film is: "I'm working here. This is my office. Do I come to your office and ask you for your autograph? I don't think so."