K. H. Lee set himself lofty goals back in 2018 and he achieved one of them at the CJ Cup. 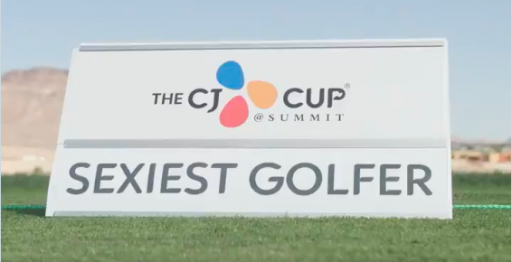 Back in 2018, K. H. Lee stated two key aims that he wanted to achieve in his golf career. His statement was extremely eyecatching and the golf world took notice.

Although Lee was still playing on the Korn Ferry Tour at this stage, it was a sign of his immense confidence. Well, the PGA Tour thought it was finally time to give Lee one of his career ambitions.

When the South Korean arrived on to the driving range at The Summit Club, he went to his bay and noticed a sign that said "Sexiest golfer", with the CJ Cup insignia on top.

RELATED: CAN YOU PERFECT THE IMPOSSIBLE "FLY IT IN THE SOLO CUP" CHALLENGE?

Become the "sexiest golfer" in the world.

This week he got the label. pic.twitter.com/YHQh5l6w1a

As you can tell, Lee was delighted to see that he finally earned the label that he has always wanted. He comically offered to take his clothes off, but he admitted it was too cold even in the Nevada desert for that.

We are yet to see if the 30-year-old will become the best golfer in the world, but he is certainly part of an impressive crop of South Korean golfers that are taking the PGA Tour by storm.

In May, he secured his first PGA Tour victory at the AT&T Byron Nelson. After his tied 25th finish at the CJ Cup, Lee has risen to his career-high of 57th in the world rankings.

The man from Seoul didn't quite manage to reach the Tour Championship in 2021, but having only joined the tour in 2019, he has already earned over $5 million.

He, Sungjae Im and Si Woo Kim are leading a great charge for South Korea in America and it would be great to see the world's sexiest golfer add another win or two to his record.