GolfMagic have predicted who we think will win the four major championships in the 2021/2022 PGA Tour season... 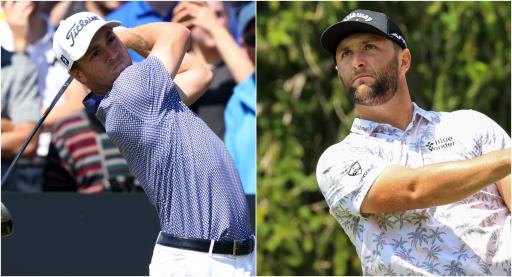 We are a long way from the major season beginning on the PGA Tour, but The Masters will roll around before we know it and the golf world will be buzzing again.

Hideki Matsuyama won his first major title at Augusta National back in April. He became the first men's major winner from Japan and he finally made the big breakthrough of his career.

Jon Rahm followed in the footsteps of Matsuyama at the US Open in June. The Spaniard won his first major title at Torrey Pines, holing crucial putts down the final stretch to secure an emphatic win.

The Open Championship was the final major tournament of the year and it was a truly mesmerising week at Royal St. George's in Kent.

Collin Morikawa put in an absolutely nerveless performance on the final day to pick up his second major title. He was the first player to win the Open on his tournament debut since Ben Curtis at the same venue in 2003.

Here are our picks for each major championship in 2022:

RELATED: JON RAHM IN POSITION TO DO WHAT ONLY TIGER WOODS HAS DONE SINCE WORLD WAR TWO

NEXT PAGE: GOLDMAN SACHS TO PURCHASE THE BELFRY FOR £140 MILLION!