Golf fans have been treated to the appearance of a golden man at The Players Championship this year, but Dylan Frittelli was not impressed at all. 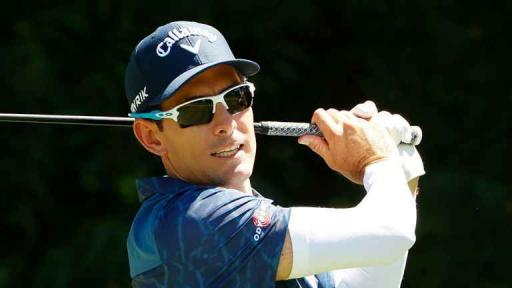 PGA Tour player Dylan Frittelli was far from impressed with the golden man graphic that the PGA Tour have introduced at The Players Championship this week.

Viewers of the showpiece event at TPC Sawgrass have been treated to the odd appearance from a golden man which is the symbol of the event.

The PGA Tour posted a video of the golden man taking a putt from the back of the 17th green which emulated the famous "Better than most" putt by Tiger Woods.

Woods holed this incredible 60-foot slider in 2001 on the way to his first of two career wins at The Players Championship. The golden man even celebrates in Tiger style.

Related: Tiger Woods reveals darkest moment to date: "It was a death sentence"

Frittelli was not impressed by the use of the golden man graphic in this video and he didn't hesitate to let the PGA Tour know his thoughts.

"Why are we spending money on this? Someone needs to answer to this terrible decision," Frittelli commented on the Instagram post.

The South African, who won the John Deere Classic in 2019, is in the field this week in Florida but he is currently in last place in the third round.

He made the cut on 1-over-par but through 10 holes of his third round, he was 4-over-par.