Matthew Wolff had a sense of humour about the most casual club toss we have likely ever seen on the PGA Tour. 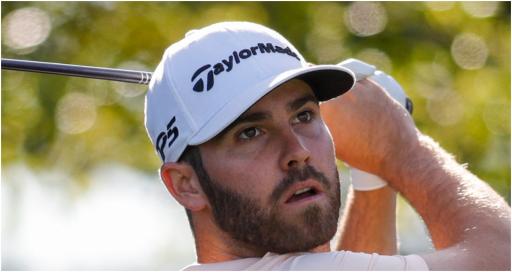 What was interesting, in fact, was that more players had found the water at the par-4 18th than the famed island green after 36 holes.

Watching the coverage, your impression might have been a bit different. Adam Scott made a quad there again after getting wet twice.

Elsewhere, Xander Schauffele had a nightmare up the last. So too, did Scott Piercy, after falling victim to the 17th and shifting the cut line.

Which leads us to Wolff, the buccaneering youngster on the PGA Tour. His club throw was just as unique as his swing.

Usually, a temper tantrum or a club throw on the PGA Tour has one thing: conviction. Think Sergio Garcia way back in Thailand in 2011.

It was the final hole of his Players. He shot a second round, 9-over par 81 after making double bogey at the last.

That round saw six bogeys (four in a row from the first hole), a triple bogey and a double bogey. He did par the 17th. So every cloud...

This was Wolff's third missed cut in five starts in 2022. He had a nightmare at The Honda Classic - read about that here.

It also marks his sixth round of 76 or worse in his last 15 rounds on tour. Pain. Still, at least he had a sense of humour about it all.