The Players Championship: What is the playoff format at TPC Sawgrass?

Here is what you need to know about the playoff format ahead of the final day of The Players at TPC Sawgrass. 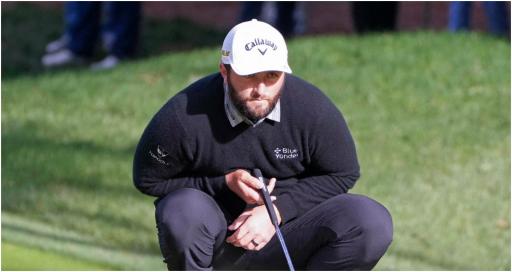 The Players Championship loves to deliver drama. But for the first two days in the 2022 edition that drama was replaced with water.

Water, water, everywhere and not a drop of golf. When the players did get out to resume play after several rain delays: we had wind.

And lots of wind, too. The wind was gusting. It was howling. It was absolutely brutal and the 17th hole was carnage.

Not for everyone, though, as Shane Lowry joined an exclusive club with a beautiful ace at the Stadium Course at TPC Sawgrass.

Such has been the trouble with the weather we will see a Monday finish for the first time since 2005 at the unofficial fifth major.

Fred Funk won the last Players that required a Monday finish. It was the signature win of his career and he balled his eyes out by the 18th green, clutching his wife and children.

The Players playoff format used to begin with sudden death on the 17th, but it was changed to its current three-hole aggregate in 2014.

Since the change in 2014, there has been one playoff. Rickie Fowler saw off Kevin Kisner and Sergio Garcia in 2015.

Fowler beat Kisner on the 17th with a sensational birdie.