PGA Tour pro James Hahn was ripped to shreds on social media after he appeared less than impressed with the announcement of the 2023-2024 schedule. 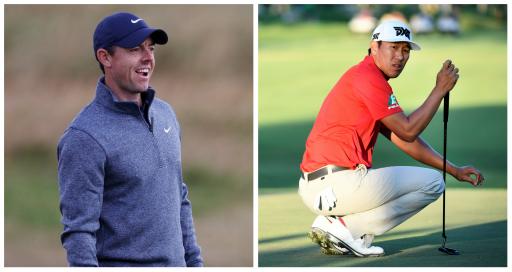 James Hahn appears to have an issue with the newly-released PGA Tour schedule for the 2023-2024 season.

The 40-year-old two-time PGA Tour winner took to social media to outline his thoughts on the changes that have been made.

Next season will mark the final time the PGA Tour has a 47-event schedule with a wraparound campaign before it switches back to a calendar-year-based schedule for 2024.

Take a look at what the PGA Tour has done with the LIV Golf rebels by clicking here.

Hahn has outlined what he sees as an issue for some players as the schedule means players will be travelling from Vegas to Japan, then from South Carolina to Bermuda and Mexico all in quick succession.

"For the viewers, it's a flick of a remote," he wrote. "For us, it's 20-hour travel days and tens of thousands of dollars in expenses."

Hahn is no stranger in letting people know how he really feels. Earlier in the season he called out a fan for chewing too loudly at the Wells Fargo Championship.

Take a look at the new PGA Tour schedule and you’ll understand why players are upset. Vegas to Japan to South Carolina to Bermuda to Mexico? For the viewers, it’s a flick of a remote. For us, it’s 20 hour travel days and tens of thousands of dollars in expenses.

Do you see the hypocrisy. Players are leaving the Tour because they want to spend more time with their families among other things. But when I address our scheduling issue, it’s considered whining and insignificant. Can’t win with you guys.

Was taught at an early age to always question the rule. Why are things the way they are and how would you make them better. This is how we grow, progress and create a new norm. There will always be people who don’t like change, but it’s all part of the challenges. They will be...

His comments appear to have divided opinion. "You'll be ok dude," wrote Trevor Immelman, who will be replacing Sir Nick Faldo as the lead caller for CBS' golf coverage.

Many will be sad you feel that way after all the work by the Tour and great support from sponsors. However, help is at hand. Give back your Tour card, go down to the job centre and see what’s available. Maybe $15 an hour close to home? You never know unless you try. Good grief!

Eddie Pepperell, who has been critical of LIV Golf in recent weeks and months, opted for a different response:

Next page: Westwood backs Stenson to play his way onto Ryder Cup team