Taylor Pendrith qualified for his first PGA Tour card last season and he has gone from strength to strength at Port Royal Golf Course. 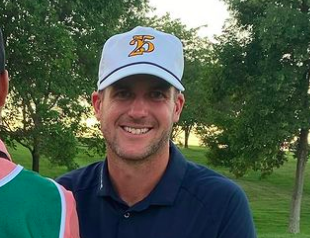 The Canadian, who married his girlfriend just two weeks ago, took a one-shot lead into the third round but he made a slow start with a bogey on the 5th hole.

Pendrith bounced back to the top of the leaderboard with three consecutive birdies on holes 7, 8 and 9. He reached 13-under-par and the impressive Danny Lee also rallied on day three at Port Royal.

Lee made the fifth birdie of his round at the par-4 10th hole to take the outright lead, but he made errors that led to bogeys on the 13th and 14th holes.

Pendrith, making the fourth start of his first full season on the PGA Tour, made a birdie at the par-3 13th hole to extend his lead to two shots.

Only 4 players have made birdie on No. 16 today.

Leader @TaylorPendrith is one of them.

The newly-wed 30-year-old made two more birdies in his final three holes to card a 6-under-par 65, reaching 17-under-par for the week.

Lee recovered from his mini-crisis with birdies at the 15th and 17th holes. The one-time PGA Tour winner shot a 65 of his own to keep within three shots of Pendrith.

Patrick Rodgers shot a 2-under-par 69 to reach 12-under-par and the Australian Lucas Herbert is in third place on 13-under-par.

Former US Open champion and 2021 Ryder Cup vice-captain Graeme McDowell got within two shots of the lead with his fifth birdie of the day at the 10th hole.

He carded a 4-under-par 67 to reach 9-under-par for the tournament. Garrick Higgo is also sat on 9-under-par, while former Masters champion Patrick Reed is a further shot back on 8-under-par.

The tee times for round four on Sunday have been brought forwards to 7.45 am - 9.57 am local time off of the 1st and 10th tees, due to the predicted weather forecast.