The PGA Tour pro revealed: "That was probably one of the funnest times that I’ve had." 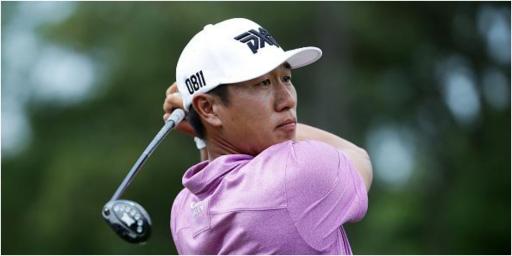 Golf is an expensive game whether you are an amateur or a professional.

There are dizzying sums involved at the highest level and even Bryson DeChambeau lifted the lid recently on PGA Tour expenses.

As players are "trying to make it" they have to turn to taking on a number of jobs to make ends meet or be lucky enough to get sponsorships.

In the modern age, there are a large chunk of players who are trying to monetise their social media to give them a bit of breathing room.

MORE: HOW TO TRAIN AND EAT LIKE BRYSON DECHAMBEAU

But that luxury wasn't available to the older generation and therefore they had to take up whatever they were being offered.

PGA Tour player James Hahn, 39, recently spoke to the Sub Par podcast and spoke on a number of subjects

One of them being the different jobs he had taken over the years to try and pursue his career.

Hahn revealed he sold women's shoes and absolutely loved it.

"To be honest with you, selling women’s shoes, was so much fun," Hahn told the podcast.

"It’s just the camaraderie. You see the same guys, and we always talk about the customers, the girls that we have to service and whatnot.

"It was the first job that I had that I actually had to wear a suit to work.

"And anytime you wear a suit to work, you feel like, special. You feel like you’re respected.

"Wearing a suit to work, clocking in and your punch card and all that, getting a paycheck every two weeks, that was pretty cool.

"That was probably one of the funnest times that I’ve had."

To go with his $11 million in cashes, he has won twice on Tour.

Those victories came at the 2015 Northern Trust and the 2016 Wells Fargo Championship.

GOLF RULES: WHAT HAPPENS IF AN ANIMAL SNATCHES YOUR BALL?

NEXT PAGE: JENA SIMS DRESSES LIKE MICHAEL JORDAN FOR HALLOWEEN

PGA tour
james hahn
Justin rose
podcast
Northern Trust
Previous
Two men CHARGED with allegations they carried out $3.7m U.S. Open ticket scam
Next
Golf rules: Does this count as a holed putt if the ball RICOCHETS off a leaf?