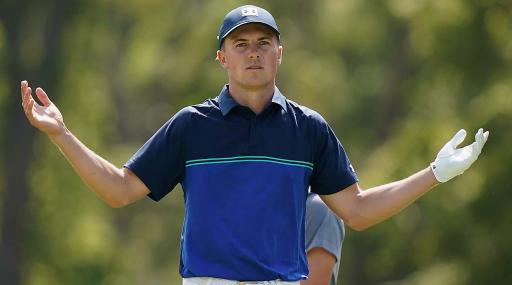 Jordan Spieth's suspension/fine saga for not playing enough PGA Tour events in 2017-18 has come to a conclusion - but it's all happened behind closed doors.

Spieth, who failed to qualify for this week's 30-man FedEx Cup finale at the Tour Championship, will have played 24 events after the Ryder Cup in 2017-18. This leaves him one event shy of a 25-event minimum and leaves him open to a fine of at least $20,000 or a possible suspension in accordance with Tour policy.

However, the PGA Tour's chief of operations Andy Pazder has explained both Spieth and the Tour has reached a different sort of resolution - but for some reason it can't be disclosed just yet...

“I have talked to Jordan and we’ve resolved it,” he said. “We have come to a resolution. I’m not going to be able to share the details of that, [but] I will say the result is something that you will see next season. It’s resolved in a way that’s going to be a win for our tournaments, our fans and golf in general.”

Pazder also explained Ian Poulter was also in violation of the scheduling policy this season, and the same situation as Spieth has been resolved with the Englishman.

US PGA
Golf Betting Tips: BEST BETS for PGA Championship Day Two
US PGA
Rory McIlroy gives hilarious answer to question after setting US PGA lead
US PGA
Tiger Woods after Round 1 of US PGA: "Playing that kind of golf is gone"
US PGA
US PGA R1: Exhausted Tiger Woods struggles to keep up with Rory McIlroy
US PGA
WATCH: Tiger Woods snaps at camera operator during PGA Championship