Hideki Matsuyama is on the hunt for his seventh PGA Tour victory and he holds a one-shot lead after 36 holes at Narashino Country Club. 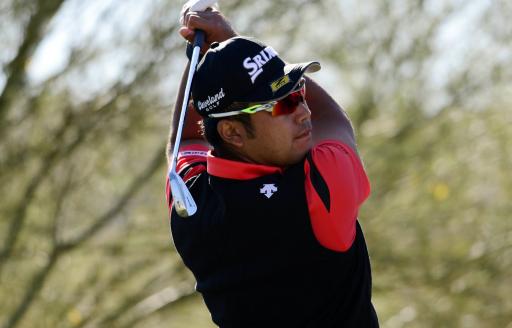 Hideki Matsuyama leads the way at the halfway stage of the ZOZO Championship, carding a 68 on day two to lead by a shot from Cameron Tringale.

Matsuyama finished second in the inaugural playing of the tournament in 2019, three shots behind Tiger Woods, so he is back with a vengeance in Japan this week.

The Masters champion started on the 10th hole in his second round and he made two birdies and one bogey in his first nine holes.

In what was a tough day of scoring at Narashino Country Club due to the weather, Matsuyama only managed one more birdie on the back nine to finish with a steady score of 2-under-par.

The 29-year-old reached 8-under-par and one shot ahead of Cameron Tringale who equalled the low score of the day with a 4-under-par 66.

Tommy Fleetwood, who has enjoyed engaging with the Japanese fans this week, finished on 5-under-par after his second round with a 2-under-par 68, as did Joaquin Niemann.

Open champion Collin Morikawa entered the red figures on Friday. His 68 moved him to 1-under-par for the week, while Olympic gold medallist Xander Schauffele is 4-over-par.

NEXT PAGE: ANDREW "BEEF" JOHNSTON OFF TO HOT START AT MALLORCA GOLF OPEN ON EUROPEAN TOUR