Phil Mickelson, 54-hole Pro-Am and Maroon 5: The American Express is back!

Last January, The American Express was hit hard by the Covid-19 pandemic. But in 2022, it will be back in its fullest form. 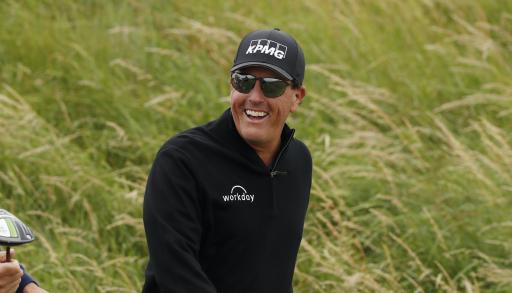 The American Express was not itself in 2021. Si Woo Kim picked up his third PGA Tour victory at the event back in January, continuing South Korea's strong presence in the game.

But Kim's excellence came amongst a lot of issues. For the first time in 62 years, the Pro-Am part of the tournament could not be played as the PGA Tour decided not to let 156 amateurs travel to the desert venue.

La Quinta Country Club, which has been used for the tournament on countless occasions, was dropped from the 2021 event. The event just used the PGA West Stadium and Nicklaus Tournament courses.

The entertainment aspect was also missing with no concerts. But this is the spark that will return to The American Express this year. Popular band Maroon 5 will perform on Friday and Brad Paisley will play after play on Saturday at the PGA West driving range.

RELATED: WATCH: IS THIS THE MOST OUTRAGEOUS GOLF SWING YOU HAVE EVER SEEN?

The 156 amateurs that missed out in 2021 will be back in 2022. They participate in the Pro-Am in the first three days of the tournament.

The prize pot for The American Express has increased by $900,000 to $7.6 million which seems to have attracted some of the best players in the world.

Six-time major champion Phil Mickelson is in the field. He also hosts the tournament in his home state. Scottie Scheffler will look to win his first PGA Tour event in the desert too.

Tony Finau, the winner of The Northern Trust last week, is also in the field and he is excited to have the tournament back in its regular form.

"Having guys like Maroon 5 there, concerts, I love music," said Finau.

RELATED: THORBJØRN OLESEN AFTER BEING CLEARED: "I HAVE PAID A HEAVY PRICE FOR MY MISTAKE"

"A tournament is a lot of things that go into a golf tournament, and what makes it special is kind of what happens during the week.

"To have concerts like that, to meet the great people in the Pro-Am, it has a field that’s different than most of the other events we have, so I get to meet people that I admire and maybe looked up to in music or the entertainment industry.

"I have those opportunities during this event. And then I love the golf courses we play."

NEXT PAGE: PAIGE SPIRANAC EXCITED ABOUT SEEING TIGER WOODS BACK AT PNC CHAMPIONSHIP