"Let the future tour players actually have a chance to earn a living. Invest in your product." 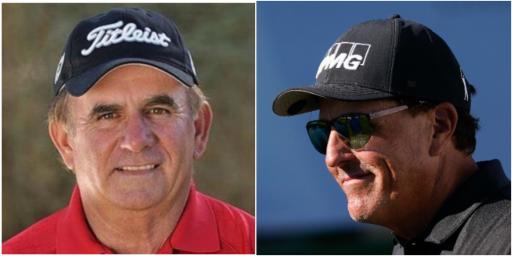 The controversial player impact program rolled out by the PGA Tour is an "absolute joke" according to Peter Kostis.

Kostis took to social media to lay bare his thoughts after it was announced that the prize fund was increased by $10 million for 2022.

That means the PGA Tour will be dishing out millions to Tiger Woods the player who has the biggest impact on the game next year.

If you weren't aware, the player impact program, is essentially a cash fund for players with the biggest "impact score".

The PGA Tour measure a number of things, such as Google searches to measure how they are affecting the game and reaching new fans.

Of course, this incentivizes players to use social media a lot more.

It can be a good and a bad thing as fans may think "feuds" between players like Brooks Koepka and Bryson DeChambeau is manufactured.

Yet the caveat to that is we get to see more behind the scenes footage and interesting content.

There are five criteria;

Next year, the prize pool will be:

Who can claim the money?

Any PGA Tour player who plays in five or more events is eligible to claim a share of the money.

Golf officials are keeping it a secret who gets the money each year, though it won't be hard to figure out the top 10.

Critics suggest that this is essentially a case of the rich getting richer.

The PGA Tour deny this.

Golf analyst, instructor and broadcaster Peter Kostis, now 74, took to social media to give his opinion.

It's fair to say he doesn't hold back, suggesting the money should be distributed elsewhere and to future PGA Tour players.

The Tour's PIP program is an absolute joke and shows how out of touch they are. If there's a spare $50 M laying around, how bout increasing the purses and golf courses on the KF Tour? Let the future tour players actually have a chance to earn a living. Invest in your product.

If the Tour has to find ways to pay top players to keep them from defecting to another tour, maybe you should do more to enhance the Tour and it's product so it's the best place to play and they won't want to leave.

If I may,theTour makes more than that by using the top players’ media rights for their own YouTube and social channels and getting paid on views(players have no rights to use them).They also are holding estimated at $10-20 billion in digital moments that the top players created