Rickie Fowler tarnished a good start at the ZOZO Championship with a triple-bogey in the first round, but he is still on the hunt. 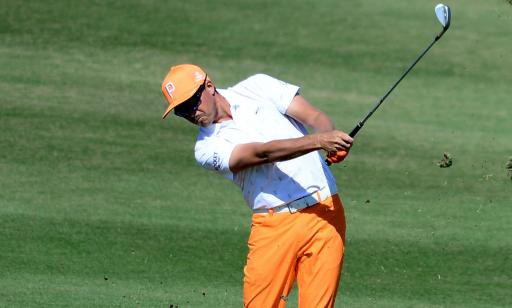 Rickie Fowler wished he could have the 17th hole back after his first round at the ZOZO Championship, after making a damaging triple-bogey.

Starting on the back nine on Thursday, Fowler made birdies at the 11th and 14th holes. He was moving steadily at 2-under-par through his opening seven holes.

The 32-year-old met disaster on the 17th hole. He made a seven on this 491-yard par-4 to fall back to 1-over-par for his round. This may indicate the inconsistencies that still exist in his game.

Fowler played his second nine holes in level-par to finish with a 70. He is currently seven shots behind first-round leader Hiroshi Iwata.

"I liked my start, I hated the 17th hole and then I felt like I ran out of gas and kind of tried to keep things going," said Fowler after round one at Narashino Country Club in Japan.

"I thought I was going to be better today than I was. I hit a wall on the back nine, I just tried to keep moving forward.

"It was great, a lot of confidence, a lot of good things from tee to green. I just need to get the putter straightened out a bit. I hit some good putts today, I hit a couple early. As I said, the 17th set me back, which was my 8th hole.

" I wish I could have that back but it is what it is and we have three days to go.

Fowler, who is looking for his first win on the PGA Tour since 2019, came close to breaking this drought at the CJ Cup in Las Vegas last week.

He finished in tied third at The Summit Club behind Rory McIlroy, nonetheless, this was a great sign that Fowler could be returning to his best.

Before he arrived in Nevada last week, the five-time PGA Tour winner went to visit his old coach and legendary golf tutor Butch Harmon to receive reassurance on his swing and his practice.

Fowler currently works with John Tillery, who Harmon has massive respect for, and he feels that they may well have reached a significant point in returning back to his best.

"Butch and I had a great relationship, working through the middle part of my career together, lot of good things," Fowler added.

"John Tillery and I have been together the last couple of years and it's been a long road of not-so-good golf, but there was light of the end tunnel at times.

"Over the last six weeks before going to Vegas, I feel like we turned a corner and we had some good stuff. I was just excited to go and hit balls with Butch and show him what was happening, and ultimately just to have him say 'good job, keep it going'.