Rickie Fowler has rounded off a severely disappointing season by missing the cut at the Wyndham Championship, ending his chances of a place in the FedEx Cup playoffs. 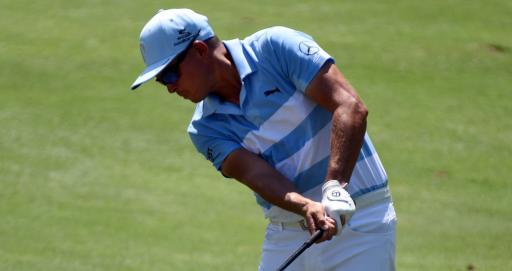 Rickie Fowler has had a season to forget in 2021 and it was finally ended with a missed cut at the Wyndham Championship, which means he will not play in the FedEx Cup playoffs for the first time since 2009.

Fowler began his week at Sedgefield Country Club with a 71 on Thursday and he followed this up with a 2-over-par 72 in the second round to miss the cut mark by some way.

Russell Henley stormed into a four-shot lead on Friday. The American fired a round of 6-under-par to reach 14-under-par for the tournament, four shots ahead of Rory Sabbatini, Webb Simpson and Scott Piercy.

As for Fowler, he can only dream of playing this sort of golf at the moment. In a week where he needed a good finish to make the 125-man field for the Northern Trust Open, he missed the cut by six shots.

"It sucks," Fowler said after his second round at the Wyndham Championship.

"I know what I'm capable of, I've been up there and played against the best in the world and been a top-five, top-10 player in the world for a number of years in my career. I'm not in a position where I'm comfortable or where I want to be.

"I wouldn't say it was a little bit short," he corrected. "It was a lot of bit short. Yeah, obviously very disappointing."

After the AT&T Byron Nelson earlier this season, the five-time PGA Tour winner plummeted to 128 in the world rankings. His form has simply been unrecognisable compared to his previous heights.

He has now missed eight cuts in his last 23 events on the PGA Tour and he has finished in the top 10 on just one occasion at the PGA Championship in May.

NEXT PAGE: WATCH: THE MOST BRUTAL LIP OUT FOR A HOLE-IN-ONE ON THE PGA TOUR!