Rickie Fowler and John Tillery have decided to part ways having been together since 2019, with Fowler winless on the PGA Tour for three years. 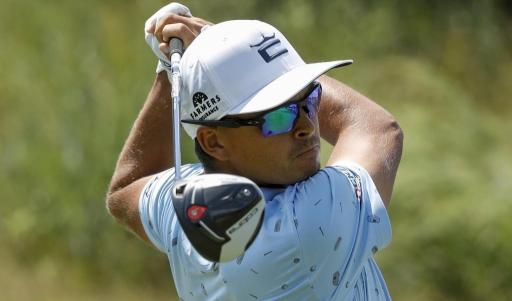 Rickie Fowler is still looking for the answer to his struggles on the PGA Tour in recent years. Perhaps he has taken one step closer to finding it.

On Tuesday, Fowler's coach John Tillery revealed to ESPN that the pair had gone their separate ways. They worked together since 2019 after Fowler split with the famous coach and analyst Butch Harmon.

Despite splitting a three-year-long relationship, Tillery wishes the 33-year-old well and will continue to coach the likes of Kevin Kisner and Sepp Straka.

"Man, I love the guy. This job will punch you in the gut sometimes. As a coach, there's nothing better than watching your guys succeed, and nothing worse than watching them struggle," Tillery said to ESPN.

"The Xs and Os of what they need to do is the easy part, but getting it done can be a challenge sometimes, and we didn't get it done. I'm pulling for him and wish him nothing but the best."

Fowler, whose last win came at the Waste Management Phoenix Open in 2019, only made one top-10 in 22 events last season. However, he still made the first 125-man field FedEx Cup Playoff event.

He and his wife Allison had their first child in November 2021 which constituted a significant change in his personal life. Unfortunately, he hasn't found the inspiration required to get his form back on track.

As a PGA Tour winner in 2019, this allows him to keep his card through 2023. His next coach appointment could be crucial for his future on the Tour.