Patrick Cantlay enjoyed another fantastic season on the PGA Tour in 2022, picking up two wins. But now, he has picked up his greatest prize of all... 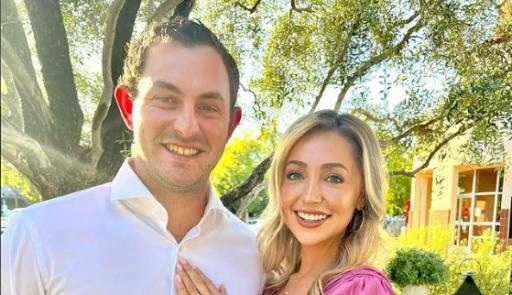 The stars of the PGA Tour can finally put their feet up and relax after an intense season which saw Rory McIlroy win the FedEx Cup for the third time.

Many of them have jetted off for a well-earned rest and this is precisely what Patrick Cantlay and his girlfriend Nikki Guidish did. They went away to Napa with Xander Schauffele and his wife Maya.

It looks like Cantlay chose this as the perfect time and place to ask his girlfriend to marry him. Nikki revealed in an Instagram post on Monday that she indeed said 'yes'.

After she posted their engagement photo on Instagram, a number of different people from the golf world congratulated the happy couple.

It marks a great end to another great year for Cantlay who won the BMW Championship for the second year running. He became the first player to successfully defend a title in the FedEx Cup Playoffs.

Alongside his good friend Schauffele, they won the Zurich Classic of New Orleans in April. In 20 starts on the PGA Tour, he made a staggering 12 top-10s and earned $9,369,605, missing only two cuts.

The 30-year-old is set to tee it up with Schauffele again in the Presidents Cup later this month at Quail Hollow. In 2019, they won two points together towards America's 16-14 win over the Internationals.