Rory McIlroy's first round at the Arnold Palmer Invitational was highlighted by a superb eagle on the par-5 16th hole. 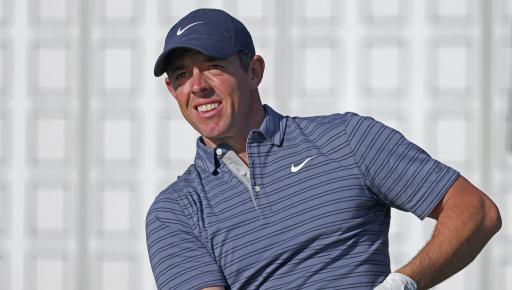 Rory McIlroy made a fantastic start to his week at the Arnold Palmer Invitational, firing a superb 65 in the first round to set the early pace.

The 2018 champion of Bay Hill began on the 10th hole on Thursday and opened with a bogey on the par-4 11th hole. However, he bounced back with consecutive birdies thereafter.

The Northern Irishman hit a solid approach to the par-5 16th hole and boxed a putt of 41 feet for an impressive eagle. This is the longest putt he has ever made for an eagle in his PGA Tour career.

The four-time major champion added four more birdies to complete a round of 7-under-par. Since 2010, McIlroy has shot the fifth-most scores of 65 or better in the first round of PGA Tour events.

Related: Jason Day withdraws from Bay Hill after his mother loses her battle with cancer

When he finished his round, McIlroy was three shots ahead of countryman Graeme McDowell, Sungjae Im, Will Zalatoris and Adam Scott.

McIlroy is only making his second start on the PGA Tour in 2022. Two weeks ago, he finished tied 10th at the Genesis Invitational hosted by Tiger Woods.

Zalatoris finished tied 10th at the Arnold Palmer Invitational last year and went on to finish second on his debut at The Masters.

Rickie Fowler, who has plummeted to No. 122 in the world rankings, started his week in Florida solidly with a 2-under-par 70. Lee Westwood and Scottie Scheffler did too.

A number of top players such as World No. 1 Jon Rahm and former event winner Tyrrell Hatton were still out on the course when McIlroy completed his round.

Next Page: EXCLUSIVE: Paul McGinley expects Tiger Woods to play at least one major in 2022