Golf fans OUTRAGED as Tiger Woods picks up an extra $8 million from the PGA Tour for sitting on the sofa. 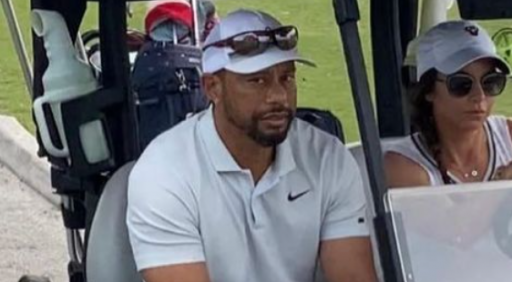 Tiger Woods will reportedly receive a whopping $8 million bonus from the PGA Tour's new Player Impact Program, despite not hitting a single shot all year - and it has left a number of golf fans on social media disgusted.

For those unaware, the new PIP from the PGA Tour dishes out $40 million to the top 10 players with the highest "Impact Score".

Many saw this move as a way to lure the world's best players away from a potential Premier Golf League backed by Saudi money, just as we have seen with the recent Newcastle United takeover in the Premier League this month.

According to the rules and regs of the PIP, the so-called 'Impact Score' is measured by the following:

Apparently, and rather obviously as the most followed PGA Tour golfer on social media, Tiger Woods takes the top PIP prize of $8 million - and likely will do every single year he remains attached to the PGA Tour.

What's more, the PGA Tour will not even disclose who wins the money - no doubt to avoid any further controversy.

Woods has been out of action all year on the PGA Tour due to recovering from back surgery in January, before then sustaining serious leg injuries in his horror car crash in Los Angeles at the end of February.

"How friggen ridiculous," writes one GolfMagic reader on our Facebook page.

"As if any top players need or deserve extra money for being popular? A player's popularity already pays dividends with millions by their sponsors."

"I'm sure Tiger could really use it," comments another fan.

"What a complete joke," writes one reader. "After what the world's essential services have been through the last 18 months."

Even Rickie Fowler is likely to have sneaked a top 10 finish, despite enduring one of his worst ever seasons as a PGA Tour pro.

Jon Rahm also just sneaks in, and yes, he is the World No.1 and has had his greatest season to date.

However, looking at the criteria above, the top 10 is more than likely to finish like this:

The PGA Tour may as well have not bothered with the PIP and just handed out wads of cash to the best golfers in the world at the start of the season to stop them from switching to a Premier Golf League.

Does it need another look?

NEXT PAGE: JUSTIN THOMAS REVEALS WHAT HE HAS DONE WITH ALL HIS RYDER CUP GEAR