Thorbjorn Olesen opened his week at The Belfry with a great score of 66 as he looks to rediscover his best golf on the DP World Tour. 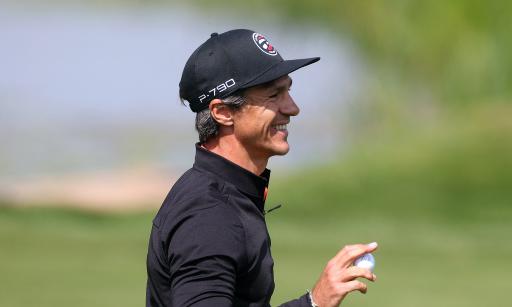 Thorbjorn Olesen fired a superb round of 6-under-par on day one of the Betfred British Masters at The Belfry to set the early pace.

Olesen, 32, made six birdies on a bogey-free card to reach the top of the leaderboard, one shot ahead of German Hurly Long and Ashun Wu.

The Dane is winless on the DP World Tour since his victory at the Italian Open in 2018 and he is aiming to focus on his golf after his recent clearance from a sexual assault accusation in 2019.

Olesen claimed that he wasn't in control of his body after drinking and taking sleeping pills before a flight from Nashville to London.

"There’s a lot of things I want to accomplish," said Olesen.

"You have to stay in the present, obviously, but it’s been a while since I’ve been in the winner’s circle and that’s my main goal this year.

"I've not been working hard enough for a few years to be at that level, so I know there is a lot of work to be done.

"There have been certain points where you are not sure if you can get back, so it comes down to confidence and belief and there have been a few hard days.

"But I feel I am on the right track now and starting to get a team back together that is helping me again - I think that is very important."

Arguably the highlight of the five-time DP World Tour winner's career came in 2018 when he beat Jordan Spieth in the Sunday singles at the Ryder Cup, helping Europe to beat America 17.5 - 10.5.

After raising eyebrows with his honest words about the LIV Golf Invitational Series, Lee Westwood shot a level-par 72 on Thursday at The Belfry, making two birdies and two bogeys.

Next Page: Justin Rose on Greg Norman's tour: "I am not ready just to play golf for money"