Rory McIlroy is still "the number one draw" in golf and is needed to kickstart the SGL, according to Richard Bland. 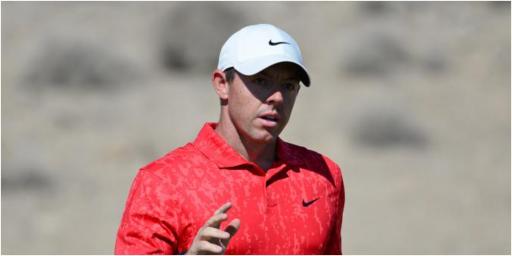 A player of Rory McIlroy's stature is needed to kickstart the Super Golf League, according to Richard Bland.

Bland made the comments on the Sky Sports Golf podcast and said that he believes joining the breakaway league is a gamble for young players.

Greg Norman is the figurehead of the Saudi-funded $300million investment into the Asian Tour, which has been described as "only the beginning" after the announcement of an International Series this year.

It is largely expected that after this year, Norman will be the commissioner of the new league. Several players have signed NDA's.

Norman allegedly has $1.5billion at his disposal to try and tempt talent like Bryson DeChambeau and Dustin Johnson away from their allegiances to the PGA Tour.

Although DeChambeau denies that he has been offered $135million to be the poster boy of the concept, some top pro's have all but confirmed that offers are on the table.

Bland, who won the British Masters last year in emotional fashion, told the podcast that nobody has approached him yet to partake in the league and he's not expecting a phone call.

What a week #slyncDDC. Thank you to all for making it such a great week. Gave it everything I had down the stretch. Congratulations to Viktor . Thank you for all the support & messages. Love you all of you #nevergiveup pic.twitter.com/xwS2NpGmNW

"It's a difficult one, because the money being thrown around is tough to turn down for these players. The people signing are the older players and the ones maybe coming towards their autumn of their careers. They're thinking about a huge pay out and who wouldn't, probably?

"What does DJ do in four or five years if he wants to go back and play in America - are they going to welcome him back with open arms? It's a tough one and a real spanner in the works for the DP World Tour and the PGA Tour.

"If they [SGL] turn around in five years and said this isn't what we wanted, we're not getting the returns or whatever they hope to make out of it, where does that leave players if the PGA Tour and DP World Tour say 'you're not coming back to us'?

McIlroy has previously been outspoken on the subject, describing it as a "money grab". Phil Mickelson, by and large, has been the most vocal person on this topic, launching attacks on the PGA Tour.

Team Europe's Ryder Cup stalwarts such as Henrik Stenson, Lee Westwood and Ian Poulter are said to have offers on the table over these new proposals. It would cast doubt about whether they would be able to play or captain the side in the future.