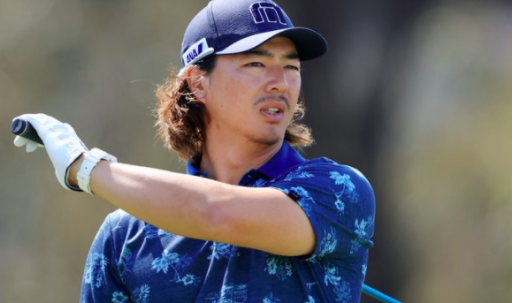 Ryo Ishikawa apologised "from the bottom of his heart" in a press conference on Wednesday for breaking Covid-19 quarantine rules.

Ishikawa played in a qualifying event for the Korn Ferry Tour in California and returned to Japan, where he was required to stay in a designated quarantine location for 14 days.

But he was seen walking into a clubhouse at a golf course in the Chiba Prefecture on October 27 and he also held a drinking party in his quarantine hotel.

"I've caused considerable trouble to those who have cheered for me and to the players association, and for that I apologize from the bottom of my heart," Ishikawa said at Kochi Kuroshio Country Club in Kochi Prefecture.

"I have accepted the consequences of my cheating and every day I feel regret. I hope I'm given another chance to prove myself."

The 30-year-old played in five PGA Tour events in 2021, but he missed the cut in three of them. He has not played on the Korn Ferry Tour since 2017.

In 2008, Ishikawa made headlines around the golfing world when he became the youngest ever player to be ranked in the top 100 in the world.

During his career, he has won 15 times and he first joined the PGA Tour in 2012. However, his last performance of note was a tied sixth-place finish alongside Hideki Matsuyama in the 2016 ISPS HANDA World Cup of Golf.

NEXT PAGE: BRYSON DECHAMBEAU ARRIVES IN LAS VEGAS AHEAD OF THE MATCH VS BROOKS KOEPKA