World No.1 Scottie Scheffler put his missed cut at the US PGA Championship behind him with a round of 4-under-par at Colonial Country Club. 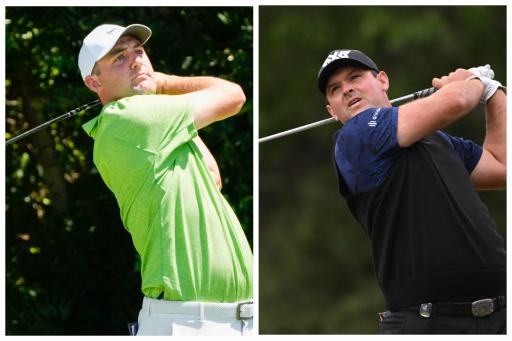 World No.1 Scottie Scheffler rediscovered his best form in the first round of the Charles Schwab Challenge, dispelling bad memories of last week at the US PGA Championship.

Scheffler, who missed just his second cut of the season at Southern Hills last week, opened his account in Fort Worth with a bogey-free 66.

The 25-year-old began on the 10th on Thursday at Colonial Country Club and made birdies on the 14th, 17th, 18th and 7th holes on his way to setting an early clubhouse target.

Despite his disappointing display in Tulsa, Scheffler has still won an incredible four times in his last nine events including his maiden major title at The Masters.

"It's good. I was very frustrated with how last week ended. You never want to miss a cut. I hadn't missed a cut in a while up to that point, so it makes it even more frustrating knowing I was playing really good golf," Scheffler said after his round on Thursday.

Joining Scheffler on 4-under-par was fellow Green Jacket holder Patrick Reed. Reed made one more birdie than Scheffler but one more bogey on his way to a solid 66.

Related Articles
Rory McIlroy BIGS UP golf chances of Tiger's son Charlie ahead of The Match
Rory McIlroy to television host: "I think you just need a drink!"

Reed hasn't been at his best in the 2022 PGA Tour season. He has only achieved one top-10 in 17 events with his best finish coming back in October, when he came tied second at the Butterfield Bermuda Championship.

The 31-year-old had only gone lower than 66 in a single round twice before on tour this season. He is ranked 94th in birdie average and 157th in scoring average.

However, his round on Thursday in Texas showed promising signs he could win his 10th PGA Tour title this week and secure his first victory since the Farmers Insurance Open in 2021.

Davis Riley is one of the in-form players on the circuit arriving at the Charles Schwab Challenge this week and he showed this with a solid round of 67.

He is one shot behind the early pace-setters with the likes of Kevin Na and Pat Perez. Riley has finished in the top-10 in three of his last four starts.

Next Page: Michelle Wie West will step away from golf after Women's US Open