Scottie Scheffler on LIV Golf: "I'm surprised to see some guys suing us"

World No.1 Scottie Scheffler reveals his frustration at LIV Golf players suing the PGA Tour ahead of the FedEx Cup Playoffs. 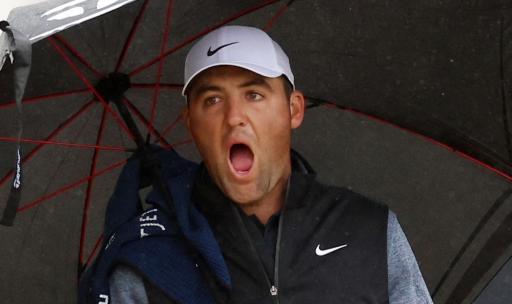 Scottie Scheffler has expressed his surprise and frustration at seeing a number of LIV Golf players sue the PGA Tour ahead of the FedEx Cup Playoffs.

Scheffler, 26, has won four times this season on the PGA Tour, highlighted by maiden major victory at The Masters in April.

The American has vaulted to the top of the Official World Golf Rankings for the first time in his career as a result, and asserted himself as the clear leader in the FedEx Cup Playoffs where the winner at the end of the month at the Tour Championship will walk away with $18 million.

But despite his golden year, Scheffler cannot hide his disappointment at seeing 11 LIV Golf players including Phil Mickelson and Bryson DeChambeau file an antitrust lawsuit against the PGA Tour.

Three of the 11 players (Matt Jones, Talor Gooch and Hudson Swafford) have asked for a "temporary restraining order" to compete in the first FedEx Cup Playoffs event at the FedEx St Jude Championship in Memphis this week.

World Number 1 Scottie Scheffler says he is ‘frustrated" by some of his fellow professionals opening legal proceedings against the PGA Tour.pic.twitter.com/8GSIQMQhPW

"It's one of those deals where those guys made their decision to join another Tour and they broke the rules and regulations of our Tour.

"I'm interested. If they win and come out here and play, I mean that's up to the courts. I can't control what's going to happen in a court case. Definitely interested but at the end of the day it has no effect on my preparation for the week."