The PGA Tour project that if Rory McIlroy began his career in the 2022/2023 season, he would earn £373 million had he had the same career he's had now. 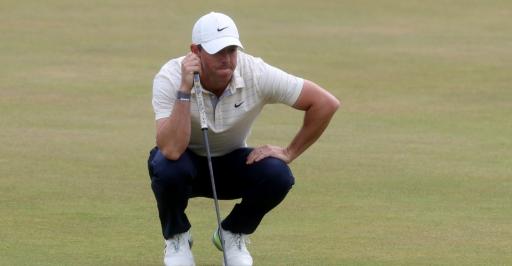 The PGA Tour has circulated a document detailing the potential earnings for players in future seasons based on a year-by-year growth prediction.

According to Dan Rapaport of Golf Digest, the document shows the projected earnings of players if their respective careers had started in the 2022/2023 season, based on the inflation of total earnings.

A PGA Tour Executive confirmed to Golf Digest that the calculations have used a 4% year-by-year growth rule in earnings while also including an escalating investment in the FedEx Cup standings, the Comcast Business Tour Top 10 and the Player Impact Program.

One key example used the career of Jim Furyk. If the former US Open champion began his tenure on the PGA Tour in the 2022/2023 season and he had the same career, his earnings would be over $620 million whereas he actually earned $71.5 million.

Based on these calculations, Rory McIlroy would be on $373 million and Jordan Spieth would be on $240 million. One can assume that this document was circulated to give the PGA Tour membership a taste of what they could achieve if they ignored the LIV Golf Tour and remained loyal.

The projections predict that the PIP, which was won by Tour legend Tiger Woods in 2021 despite not playing one single golf tournament, will increase to as much as $100 million by 2040.

"We wanted to give our players, particularly our young players who are starting out, a better idea of how much money they will be able to earn by playing on the PGA Tour - which does not include the player’s endorsements or other off-course earnings," the PGA Tour executive said.

"Our bonus payments have outpaced our prize money in growth in the past few years, and we have focused our efforts on boosting those."

In June, the Tour announced a cash injection for eight events in 2023 such as The Players Championship, the Memorial Tournament and the Arnold Palmer Invitational. Each will have a purse of $25 million, $20 million and $20 million respectively.

The Players Championship, which was won by new LIV Golf Tour player Cameron Smith this season, now has a prize purse which matches that of each LIV Golf event.

The Tour's cash injections couldn't prevent Smith from siding with the LIV Golf schedule, however, these projections could certainly be persuasive in keeping the best golfers in the world on the current prevalent circuit.