Rickie Fowler has parted ways with his caddie on the eve of this week's opening FedEx Cup Playoffs event. 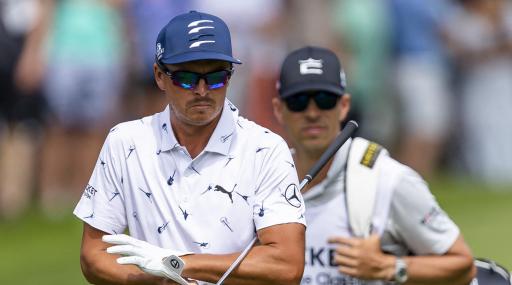 Rickie Fowler has parted ways with his caddie Joe Skovron ahead of this week's FedEx St Jude Championship on the PGA Tour.

Fowler and Skovron have worked together for the best part of 13 years ever since Fowler turned professional back in 2009.

Skovron has been on the bag for each of Fowler's five career PGA Tour wins, highlighted by the 2015 Players Championship, as well as two wins on the European Tour and a sole victory on the Asian Tour.

They also teamed up to win Tiger Woods' Hero World Challenge tournament in 2017.

Cobra's Ben Schomin, who acted as Bryson DeChambeau stand-in caddie at one stage last season, will be on Fowler's bag this week.

The split comes just a few days after Will Zalatoris axed his caddie midway through the Wyndham Championship.

As reported by @ToddLewisGC on GC and @ColtKnost on SXM, can confirm that Rickie Fowler and caddie Joe Skovron are no longer working together. Ben Schomin of Cobra, who filled in to caddie for Bryson DeChambeau last year, will be on the bag this week.

Fowler has endured another rough season on the PGA Tour with just one top-20 finish all season but it was a tie for third at the CJ Cup in November 2021.

With LIV Golf players forced out of the FedEx Cup race, it has meant Fowler, who missed the cut last week, has sneaked his way into the top 125 to compete in this week's first FedEx Cup Playoffs event in Memphis.

Fowler will need to go low for 72 holes at the FedEx St Jude Championship, which you can live stream for free here, if he is to progress into next week's BMW Championship for the top 70 players in the FedEx Cup standings.

The American's last victory on the PGA Tour came back at the 2019 Waste Management Phoenix Open at famed TPC Scottsdale.

There have been rumours that Fowler will break away to join the LIV Golf Tour in 2023, but he remains with the PGA Tour for now.

Next Page: PGA Tour pro slams LIV Golf players and tell them - "You chose the circus, stay in the circus"