Scottie Scheffler carded a solid 68 on Saturday at Colonial Country Club to take a two-shot lead over Brendon Todd and Scott Stallings into the final round. 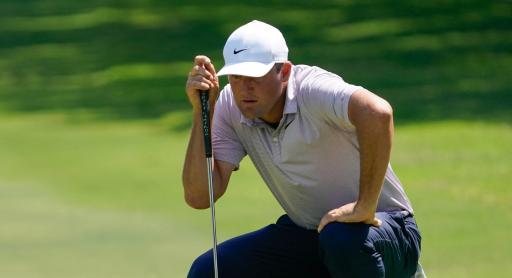 Scottie Scheffler is on course to become the first World No.1 to win the Charles Schwab Challenge since 2014 as he takes a two-shot lead into the final round.

If Scheffler was to win at Colonial Country Club this week, he would become just the third player in PGA Tour history to win his first five titles in the same season.

He leads by two from Brendon Todd and Scott Stallings. Todd's score of 65 on Saturday was the lowest of the day as he seeks his fourth win on tour.

There were no fireworks from Scheffler on the front nine as he made nine straight pars. While the 25-year-old moved along consistently, Todd rolled in a 30-foot putt on the 8th hole to reach a share of the lead.

This was Todd's third birdie of the day and he had already burst out of the blocks on the 1st hole with a fantastic eagle. Todd scored 5-under-par on the day to reach 9-under-par.

Birdie at the last

Scheffler chipped in from the edge of the 10th green to move into a solo lead. He added his second consecutive birdie on the 11th hole to take a two-shot lead.

Despite making his first bogey of the week on the 17th hole, he recovered with a birdie on 18 to restore a two-shot lead on 11-under-par. He has recorded three consecutive rounds in the 60s in Fort Worth.

Stallings, who currently holds the record for the longest drive of the season of 460 yards, shared the lead with Scheffler and Beau Hossler at the beginning of the day.

He could only manage a round of level par to fall two shots behind. Harold Varner III shot his second consecutive 68 to reach 8-under-par in search of his first PGA Tour title.