Steve Williams reveals one thing Tiger Woods never did in the scorer's hut after PGA Tour events - and why it made him so good. 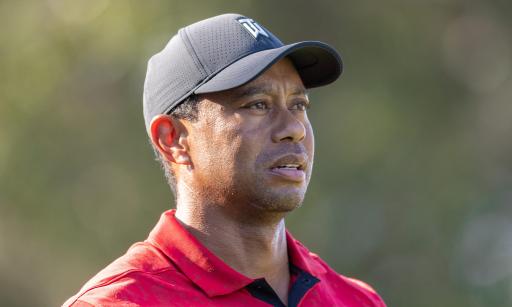 Tiger Woods' former long-time caddie Steve Williams has revealed the one thing his former boss never did after the end of a tournament on the PGA Tour while speaking on the 'Chasing Majors' podcast with Australian Golf Digest writer Evin Priest.

Williams, now 58, caddied for Woods for 13 years on the PGA Tour, helping him winning 13 majors and 72 titles in total before their relationship parted ways in 2011.

While money has never been something Woods has needed to worry about during his PGA Tour career, it is interesting to note the 15-time major champion never once looked at the prize money sheet in the scorer's hut after completing 72 holes - something just about every player would do before packing their bags.

"One of the things I admire most about Tiger - I admired a lot of things about him - but one thing I absolutely admired about Tiger is that at the completion of a tournament you'd into the scorer's hut and you sign your scorecard and you hand it in," said Williams on the podcast episode.

"And they always have a sheet with the prize money allocation for everybody so you can look up on the screen to see how you finished and look down and see how much you won. Tiger never, ever once took a look at that.

"He played to win trophies and create records, not for prize money."

Williams' net worth is estimated at $20 million.

The New Zealander, considered by many as one of the world's greatest ever caddies, has carried the bags of Woods, Jason Day, Adam Scott, Greg Norman, Ray Floyd and Peter Thomson down the years.