Tiger Woods had Steve Williams on his bag for 13 of his 15 major wins but this moment was "career defining", according to the carrier. 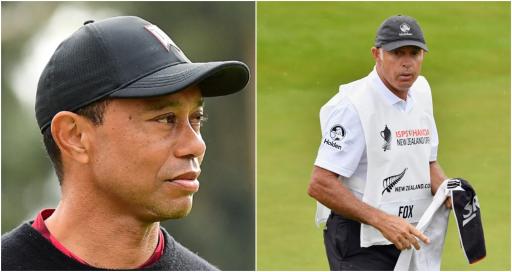 Tiger Woods had Steve Williams on the bag for 13 of his 15 major wins, but there was one defining moment for the carrier.

Speaking on the 13-part Chasing Majors podcast, 58-year-old Williams provided one remarkable story where he told Woods: "No".

That "no" related to how he saw a putt breaking at the 1999 PGA Championship at Medinah on the 17th green in the hunt for major number two.

According to Williams, both player and caddie disagreed over where the putt was breaking.

How Woods reacted led Williams to believe their relationship would be long-lasting.

"When you play your practice rounds, you try and work out where you think the hole locations are going to be.

"That just happened to be that I put a tee down somewhere close to that spot, and Tiger had putted from both sides.

"I distinctly recalled the putt didn't break how you thought it did."

"One thing I pride myself on is that I say what I think.

"It would have been very easy for me in that situation to say 'yep, I think that's right.' If you said that, he's not going to blame you because you saw it the same way I did.

"That particular moment cemented our relationship, and in my mind, I thought this relationship is going to be long lasting. That was a huge moment.

"I could have agreed with Tiger, he could have hit it there, and he may not have won the tournament.

Woods, then 23, went onto win his second major with a one-stroke victory over Sergio Garcia.

Garcia's antics stole the show that week but the cat had the last word.