A federal judge has ruled against LIV Golf players Talor Gooch, Hudson Swafford and Matt Jones in an early legal victory for the PGA Tour. 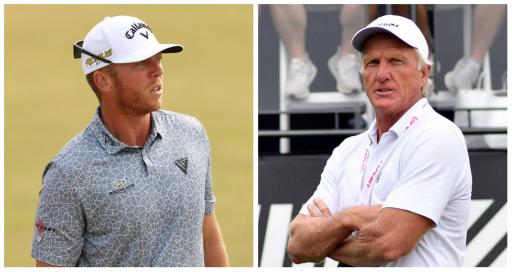 LIV Golf players Talor Gooch, Hudson Swafford and Matt Jones will not be allowed to play in the PGA Tour's postseason after a judge ruled against them.

She said she was satisfied that the plaintiffs "had not established irreparable harm" after both sides made lengthy submissions.

During the two-hour court hearing in San Jose, there were some revelations that were dropped from both sides.

The attorney representing the LIV rebels let slip that the players' winnings in tournaments are recouped against their contracts.

That will surely be explored at a later date as it was contrary to what was previously claimed.

It was also revealed that all 48 spots for next season's LIV schedule, which will have 14 tournaments globally, are full.

Lawyers representing the PGA Tour also suggested that LIV's early success means that they do not have a monopoly in the market.

That is because several players who earned huge sums in their inaugural Player Impact Program last season have now signed for LIV.

As the court was still in session, it was reported that Cameron Smith, the winner of the 150th Open Championship, had signed a $100m deal with LIV Golf.

Smith, speaking to the media a short time later from TPC Southwind, flat out refused to comment on the speculation.

He said any news about his future will come from "Cameron Smith and not Cameron Percy" after the Australian PGA Tour player claimed he was joining the series after the conclusion of the FedEx Cup Playoffs.