Lawsuit on behalf of Patrick Reed against Golf Channel and Brandel Chamblee is seeking in excess of $750 million in damages. 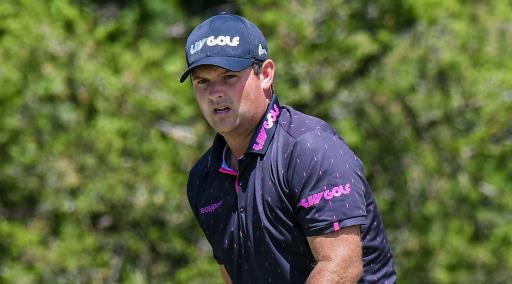 Patrick Reed has sued Brandel Chamblee and Golf Channel for defamation, according to court documents that were were released on Tuesday.

The lawsuit, which was filed by attorney Larry Klayman, is seeking in excess of $750 million in damages.

In the documents that were released by a reporter from Courthouse News Service, it is understood Reed claims Golf Channel analyst Chamblee has a history of calling him a "cheater".

Today, Patrick Reed sued Brandel Chamblee and Golf Channel for defamation in U.S District Court, claiming "calculated, malicious... attacks have had a direct effect on Mr. Reed's livelihood." The suit also claims the defendants are in cahoot with the Tour to damage LIV Golf.

The lawsuit claims Chamblee has criticised Reed and other players multiple times for having left the PGA Tour to join the Saudi-backed LIV Golf Tour.

The document, which was filed in the US District Court for the Southern District of Texas Houston Division, states how Chamblee and Golf Channel have set out to "destroy" LIV Golf and its other professionals that have made the move there from the PGA Tour this season.

In points 10 and 11 of the lawsuit filed against Chamblee and Golf Channel, the document reads as follows:

"Despite his exceptional world class golfing achievements, in June of 2022, Mr Reed was constructively terminated as a member of the PGA Tour, as a result of threats made and actions taken by its Commissioner Jay Monahan and his PGA Tour, and signed with LIV Golf.

"To compound matters, both before and in furtherance of the threats made and actions taken by the PGA Tour and its Commissioner Jay Monahan, to constructively terminate Mr Reed, Defendants Chamblee and NBC's Golf Channel have conspired as joint tortfeasors for and with the PGA Tour, its executives and its Commissioner Jay Monahan, to engage in a pattern and practice of defaming Mr. Reed, misreporting information with falsity and/or reckless disregard for the truth … purposely omitting pertinent key material facts to mislead the public, and actively targeting Mr. Reed since he was 23 years old to destroy his reputation, create hate, and a hostile work environment for him … "

Reed has played in two LIV Golf tournaments so far this season and has performed admirably with a third place on debut in Portland followed by a fifth at Bedminster.

Despite not winning individual honours on LIV Golf yet, Reed has found himself on the winning 4 Aces team captained by Dustin Johnson both times. In total, Reed has won just shy of $4 million from two events.

Reed won nine times on the PGA Tour, highlighted with his maiden major victory at the 2018 Masters.