Charles Howell III paid tribute to the Tiger Woods and Phil Mickelson era ahead of his 600th PGA Tour start. 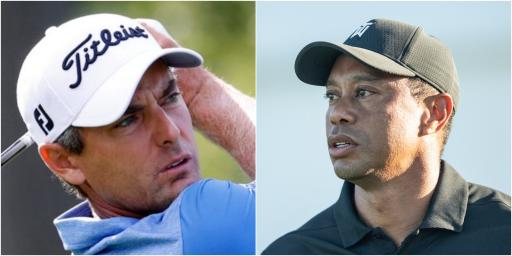 Charles Howell III paid tribute to the era of Tiger Woods as he prepares to make his 600th PGA Tour start at the WM Phoenix Open.

It's a milestone that seems difficult to believe. It was 22 years ago when he made his first start at the Canon Greater Hartford Open.

And although he wishes he would have won more, he claims he is grateful to just have a job as Woods and Phil Mickelson catapulted golf into the mainstream.

"But to play in the Tiger era with what he did for television and the exposure of it, I mean he gave me a job. I couldn't have picked a better time.

"Looking back now, having played golf in the Tiger Woods, and I'm going to call it the Phil Mickelson era too, was incredible."

Since 2001, he went on a remarkable streak of 20 consecutive seasons winning at least $1million in earnings. He fell short of that mark last year, but only by about $50,000 or so.

Let's take a look at some stats throughout his career:

He added: "The young players, now they come straight out and win. Viktor Hovland, he feels like a little brother to me.

"He played at Oklahoma State, as well. We may have a degree between both of us. But I have just watched him come out and win right away and go to 3 in the world.

"That new generation, I mean, I think part of it has to do with the PGA Tour. We are on so many platforms right now, there is so much access to golf.

"They have done such a great job growing the media side of it where players kind of know what they are getting into before they get here.

"When I turned pro, there is kind of a lot of unknowns, a bit like going into the Chocolate Factory, we didn't really know what's it like out there, what is it?

"Now there are so many platforms of exposure, they expose so many players so they kind of know how it is.

"You have Collin Morikawa, Rory Mcllroy, Viktor Hovland. Just look at the use of this. Golf is in such great hands.

"I was the generation, I could never imagine golf past Tiger Woods and Phil Mickelson.

"I thought that was just the end of time when those guys get older and move on. But now we have this awesome young talent.

"It's bigger and better than ever."

"Yeah, I'll get there," he told reporters. "Yeah, it will take a little time, but I'll get there. I can't believe I got to 600, but I have gray hair to prove every one of those starts, yeah."

He left his press conference to a round of applause.