Recovering addict Willy Wilcox posts a striking image after revealing he was a PGA Tour player doing an "ungodly" amount of drugs. 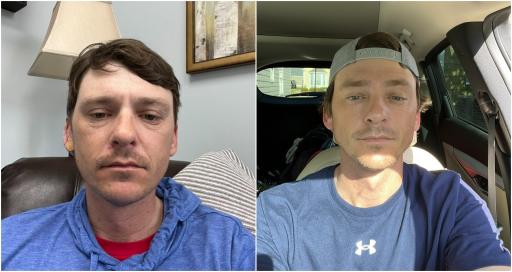 Former PGA Tour pro Willy Wilcox went public with a dark secret a few weeks ago in a wide-ranging interview with The Firepit Collective.

The 35-year-old old revealed that he was a PGA Tour player with a drug addiction and it derailed his once-promising career and almost cost him his life.

He shared his story with fellow professional player Mark Baldwin and was unflinching in giving every grim detail about what his life was like.

Wilcox said that he was taking pills such as opioids, oxycontin, hydrocodone, percocet, muscle relaxants, xanax and also using heroin.

"I was a drug addict with a PGA Tour card," he said.

In part of the in-depth piece, Wilcox shared: "In 2014 on the Tour, I was in withdrawal at every single PGA Tour event I played in.

"I would just do an ungodly amount of drugs and then... that's the only way I can put it and just be an inch, you know, from death.

"Just blackout trying to just forget... you're trying to forget about what you're doing by doing more of it.

"And I just remember laying on a couch for two straight weeks and I mean, I played some golf, but not much.

"And then just going to the Greenbrier and it was just like 'oh my God', I was literally in tears every night."

On the PGA Tour, @willwilcoxgolf was known for the purity of his ballstriking and his eccentric behavior. But he had a secret: a raging addiction to heroin and pills. Now he has come clean to @markbaldwin1, in hopes of saving others.

He told Baldwin: "I made millions of dollars playing on professional golf's biggest stage and blew a significant percentage of those winnings on drugs.

"All of these things happened without almost anyone knowing."

Now he is on the path to sobriety and says he is staying clean.

He reportedly gives lessons in his native Alabama and is keeping alive his dream of resuming his professional golf career by competing in local events and Monday qualifiers.

Wilcox took to social media to showcase the "wild" difference in what he looks now compared to early February:

It is a remarkable tale.