Jon Rahm: This might be first time PGA Tour care what players think

Jon Rahm appeared to take a swipe at the PGA Tour at East Lake after sweeping changes were announced to try and deal with the threat of LIV Golf. 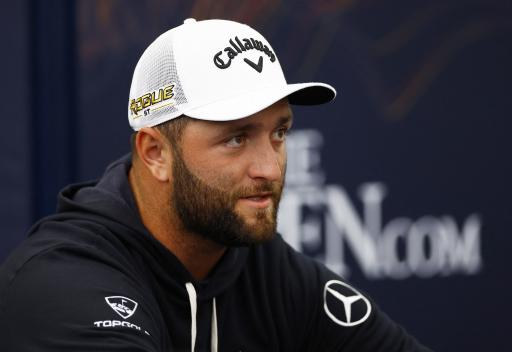 Jon Rahm claimed recently was the first time he believed the PGA Tour "actually cared" about what their members think in light of the sweeping changes announced to try and fend off the threat of LIV Golf.

In a report by Alan Shipnuck of The Fire Pit Collective, the 27-year-old Spaniard reportedly told the publication: "As players, we have been told [by Tour leadership] a million and a half times, 'You are the PGA Tour.' And I think recently might be the first time I feel like they actually care about what players think."

The report goes into detail about whether or not Phil Mickelson "was right". Way back in February, Lefty's controversial remarks were published by the same author. In those quotes, Mickelson claimed he was willing to use the Saudis [LIV Golf] as leverage to enact real change to the PGA Tour and how it operates.

Rory McIlroy was reluctant to give any credit to Mickelson but the Northern Irishman admitted that some of his comments and thoughts did "have merit".

It's certainly clear that there has been a massive upheaval. The elite players are benefitting massively with increased prize purses, guaranteed money to help with travel expenses and an expansion of the Player Impact Program. Tiger Woods and Rory McIlroy are also launching a golf league which will broadcast on Monday nights.

Rahm has previously outlined his dedication to the PGA Tour. Speaking at the Genesis Invitational at Riviera, he "pledged his fealty" to the established American circuit. He later claimed that he did not believe jumping to LIV Golf for a fortune would not change his life.

Despite not being a fan of LIV Golf, Rahm has previously leapt to the defence of some players. Particularly Sergio Garcia.

When Garcia was thinking of resigning his membership on the DP World Tour, Rahm claimed Ryder Cup Europe were "turning their backs" on Garcia.

"Sergio knows very well that he has dedicated his life to the European Tour in his 25 years as a pro," Rahm previously said.

"That they turn their backs on him that way doesn't seem right to me. And it is what it is. It is not my decision and that he has to make this decision, it hurts me.

"It's a shame also because I know that he wanted to play in Spain. And he won't be able to play either the Spanish Open or at Valderrama. And it bothers me even more that he can't play the Ryder Cup."

He added: "The event that gives golf the most publicity around the world is the Ryder Cup.

"Because of this nonsense there are players like [Garcia] who can't play the Ryder Cup. That already makes me a little more angry. It is something that creates this sport. It is the reason that my family and I started playing golf and the reason that many in this world play golf.

"And because of what is happening, Sergio Garcia is not going to play, the best player Europe has ever had [in terms of Ryder Cup points and victories] ... it seems difficult to understand the process.