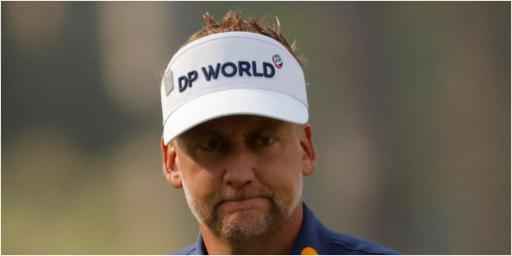 Ian Poulter said he "gave up" with BBC Sports Personality of the year after the 2012 Ryder Cup team was overlooked.

It's no secret that golf appears to be snubbed at the end of year awards ceremony, watched by millions.

Emma Raducanu, the teenage tennis champion who ended Britain's 44-year wait for a women's grand slam at Flushing Meadows, was voted the Sports Personality of the year.

Raducanu, then aged 18, became the first qualifier in the Open era to win a grand slam and didn't even drop a set on her way to winning the US Open. A deserved winner.

But back to Poulter and golf. In 2012, Team Europe put in the best team performance we've ever seen in golf history at Medinah to win the Ryder Cup in dramatic fashion.

It was not enough for them to win team of the year and a fed up Poulter took to social media last night to vent his frustration after Catriona Matthew's Solheim Cup side were overlooked for the team award.

The winning team were in fact the losing team. England were selected despite losing the final of the European Championships to Italy at Wembley. Fans on social media described it as a farce.

Matthew's side won the Solheim Cup on US soil only for the second time in their history. Previously, only two golfers have won the main award. Those being Sir Nick Faldo and Dai Rees.

Fans took to social media to voice their displeasure at golf's snub, pointing out that when Georgia Hall took down the British Open they gave her 10 seconds of TV time and spent longer on David Baddiel and Frank Skinner singing "It's coming home".

Utter bollocks! England men's football team that won nothing beats the European Solheim Cup team that not only won on US soil for just the second time but also made it back-to-back wins for first time #joke

I think #SPOTY Team of the Year should go to a team that actually won. England did great at the Euros, i got totally into it, but they didn’t win so

Err… Solheim Cup Team? Remind me, they pulled off a stunning victory. Yes?

In now deleted Tweets, Poulter wrote: "[I] gave up on SPOTY years ago. They asked several times if I'd fly over as Ryder Cup Team Europe were looking strong to win in 2012.

"So, I forked out to go for 48 hours only for the committee to overrule and give it to Team GB Olympics when it states in the rules they can't win."

Fair enough then Poults. Tell us how you really feel.