Patrick Reed piped one straight down the middle with this massive driver and even managed a helicopter finish. 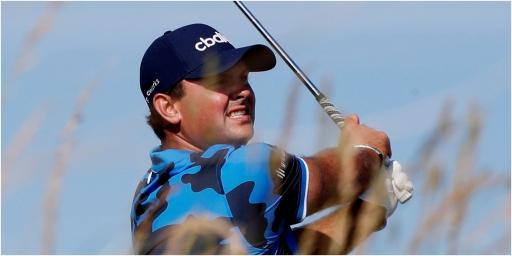 Patrick Reed decided to have a bit of fun out ahead of the Saudi International and attempt to hit a massive driver.

And, well, he connected with it ridiculously well. How can you not expect him to make crisp, clean contact as one of the finest ball strikers.

Reed even gave us his trademark helicopter finish at the end of the swing. It's just a mighty shame we didn't have top tracer for this one.

It reminded us here at GolfMagic of the time former footballer Peter Crouch used a driver of similar size.

I’m ready for the long drive contest now! been a fun few days ahead of @SaudiIntlGolf pic.twitter.com/T382xLjOOm

The difference being, of course, that it looked like Crouch was more suited to the size of the club than Reed, a Masters champion.

Reed is currently out in King Abdullah Economic City at Royal Greens Golf and Country Club.

He and 20 of the other top 50 players in the world are getting paid staggering figures to compete in the controversial tournament.

Reed and the rest of the PGA Tour players needed to be granted passes to play here.

That is contingent on them supporting the Pebble Beach AT&T Pro-Am going forward, which is also being played this week.

When you need to borrow a club and you’re playing with Shaq.

This week has sent shockwaves through the golf world, with several big name players claiming they have signed NDAs.

Bryson DeChambeau has reportedly been offered more than £100million to be the poster boy of the Saudi Golf League.

Greg Norman is the figurehead of that as he is the CEO of LIV Golf Investments, ploughing money into the Asian Tour.

A new, 10-event international series has also been announced with one event being played at Centurion Club in London this summer.