Sungjae Im has withdrawn from the Travelers Championship, sparking rumours he will defect to LIV Golf. 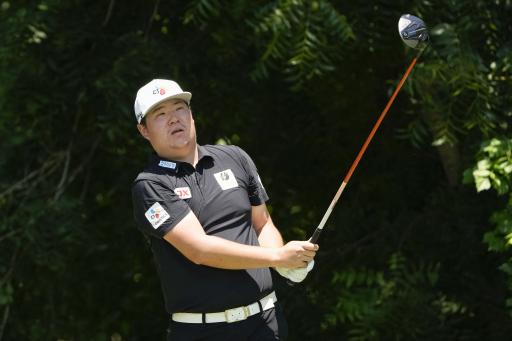 There is speculation that Sungjae Im will be the latest player to join LIV Golf after he withdrew from the Travelers Championship.

Related: Scottie Scheffler says he gets paid more than he deserves

Im has been replaced in the field by Ryan Armour for the forthcoming PGA Tour event at TPC River Highlands.

Justin Thomas also withdrew from this event but was quick to nip any rumours in the bud about a possible LIV Golf defection.

Thomas, 29, has tweaked his back and his schedule remains unchanged. It is not known why Im has withdrawn.

Brooks Koepka withdrew earlier in the week and then was announced as the latest member to the LIV Golf roster.

Those changes, which will be implemented from next season, will see the introduction of a lucrative series for the top players.

The top 50 players in the FedEx Cup standings will get to participate in eight no-cut events.

The Players at TPC Sawgrass will have a prize purse of $25million, which is the same as the inaugral LIV Golf event at Centurion Club.

Im, who is from South Korea, has still not completed his mandatory military service.

All able-bodied men are required to spend between 18 and 21 months serving their nation upon turning 19 years old.

But it can be delayed for valid reasons such as studying or working abroad.

Im, 24, has won twice on the PGA Tour. Those victories came at the 2020 Honda Classic and 2021 Shriners Children's Open.

Those outside the top 50 will compete in an alternate series of tournaments.

Those players will fight to keep their cards and earn better status for the following season.

Monahan accepted that the changes will not be widely accepted but insisted that it was the right way forward for the PGA Tour.

He has been replaced in the field by Beau Hossler.

Next page: Jay Monahan told players to "get off the fence"