What has happened to Patrick Reed's driving distance on the PGA Tour?!

Patrick Reed's driving distance has fallen every year on the PGA Tour since the 2017/18 season. 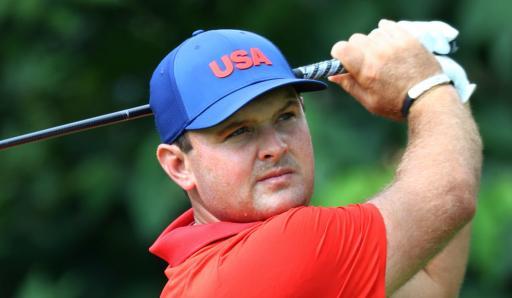 In a day and age where seemingly every PGA Tour professional is increasing their distance by the year following technological advances, former Masters champion Patrick Reed has actually LOST distance on the circuit every season since 2017/18.

Reed, a nine-time PGA Tour winner, has lost more than 12 yards in driving distance over the past five seasons.

What is going on with Patrick Reed's driving distance on the PGA Tour?

Thought the ball was going too far?! pic.twitter.com/6HOzCF6J0k

Reed, who plays the PXG GEN4 driver having signed for the brand earlier this season, currently averages 285.7 yards off the tee and that ranks him a lowly 200th.

Patrick Reed suddenly one of the shortest hitters on tour, and mostly terrible in general, is a nice development. PReed was avg. 300 off the tee when he was winning, now avg. 280.

The average number of yards per measured drive. These drives are measured on two holes per round. Care is taken to select two holes which face in opposite directions to counteract the effect of wind. Drives are measured to the point at which they come to rest regardless of whether they are in the fairway or not.

So why is Reed losing distance and falling down the ranking compared to his rivals?

Well, one big reason is that his game is just really off right now, testament to falling from outside the world's top 10 to a current 28th.

So far this year, Reed has notched just one top-20 finish.

We will also add Reed was very unwell with bilateral pneumonia at the end of last season, so you could argue he is still taking some time to recover from that and has perhaps lost some of his strength as a result.

Reed's last victory on the PGA Tour dates back to Torrey Pines at the 2021 Farmers Insurance Open, a week marred in controversy over a ruling in the deep rough.

But since landing a ninth PGA Tour victory back then, Reed has picked up just five top-10 finishes around the world.

You could argue Reed has perhaps been favouring more fairway woods and irons off the tee to keep himself in play, but if that has been the strategy for him then that has hardly helped either.

In fact the last five seasons, Reed has finished outside the top 100 in driving accuracy.

Reed was using a Titleist driver when he last won on the PGA Tour but now he is using a PXG having signed for the brand this year. Could that be the reason for a further drop in distance? We doubt it in all honesty given we have not seen any difference in the distance between either of those drivers during our testing.

The American has always favoured a Titleist Pro V1 golf ball, so it's not as though that has changed for him either.

Anyway, whatever the reason, it is certainly interesting to note one of the world's best players is losing distance every year on the PGA Tour, especially when just about everyone says the golf ball is going too far in 2022.

How far do you drive the ball? Has your driving distance improved over recent years or has it remained the same? Share your thoughts over on the GolfMagic social channels now.