Which two PGA Tour players could replace Jon Rahm as World No.1?

Jon Rahm has been the World No.1 since The Open Championship at Royal St. Georges in 2021, but could he be dethroned this week? 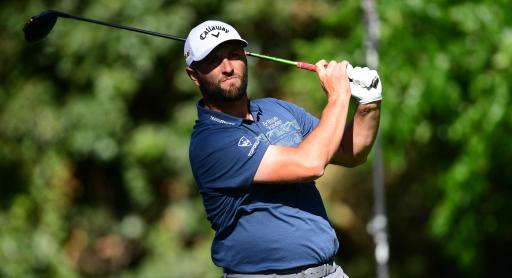 After winning the US Open and coming third at The Open Championship last summer, Jon Rahm started a lengthy reign at the top of the world rankings which is still going on now.

The Spaniard has been World No.1 for 35 consecutive weeks and 42 weeks in total. He has been at the top of the pile longer than Vijay Singh and Jordan Spieth and he is two weeks behind Nick Price.

Rahm wasn't at his brilliant best when finishing 55th at The Players Championship, however, he has still made three top-10's in eight events this season.

So who can replace Rahm at the top of the world rankings at the Valspar Championship? For some time now, Collin Morikawa has been pounding on the door but hasn't been let in as of yet.

The two-time major champion is playing at the Valspar Championship this week and he will become the 25th player to reach the summit if he wins.

Related: Brooks Koepka concedes he came back too soon from injury

He could also become World No.1 if he comes second or in a three-way tie for second. However, this is only possible if Viktor Hovland doesn't win his fourth PGA Tour title.

Hovland is one of the most improved players on the tour. Since November, he was won at Mayakoba, the Hero World Challenge and the Dubai Desert Classic.

He is one of the leading lights in world golf for Europe. In his last three starts on the PGA Tour, he has finished in the top 10 on all three occasions.

After the first round of the Valspar Championship, the dream is very much alive for both players. Morikawa opened with a 3-under-par 68 in Palm Harbour.

Hovland is one shot further back on 2-under-par. Despite these two stars playing solidly, the first round in Florida belonged to four men.

Next Page: PGA Tour pro to donate $500 for each birdie at Valspar after fatal car crash