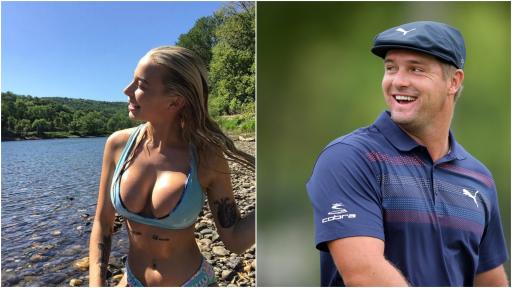 After winning his first major championship at the US Open at Winged Foot, Bryson DeChambeau was congratulated by his girlfriend who he has been dating for the past couple of years, but who is Sophia Phalen Bertolami?

Bertolami, 27, graduated from Chapman University in 2014 with a degree in Kinesiology and Nutrition, before becoming a nursing student at Nashville's Belmont University.

Last year, Bertolami, who has nearly 60,000 followers on Instagram, announced she would be joining the residency program at Vanderbilt University Medical Centre.

"Words can’t express how truly excited I am to begin my residency program at Vanderbilt University Medical Centre this July!" she shared on social media.

"Although today would have technically been our graduation date, I am beyond grateful for every single person working on the front lines and for everyone staying home.

"Cheers to the next chapter, we made it! ps: spending the day at bells bend with a surplus of wine has been a lot more fun than sitting in an auditorium for 5 hours anyways."

As well as having DeChambeau to look after, Bertolami also has a pet pig. At the time she adopted her pig Stella, Bertolami thought it was a micro pig, but she now weighs 1100 pounds.

DeChambeau returns to action on the PGA Tour at the Tournament of Champions this week.

The US Open champion will be hopeful of securing another major to his resume this year as he continues his quest to reach unimaginable speeds off the tee.

NEXT PAGE: Rachel Uchitel on Tiger Woods: "Here he was in my bed... and he was my tiger"