The family and friends of the American golfer have been discussing what makes him tick and what he is really like. 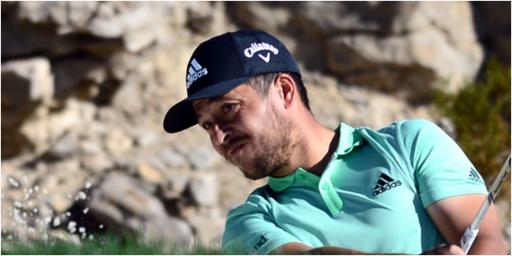 Xander Schauffele is an Olympic gold medalist and no doubt when he retires we will write how he is a major champion too.

There is no denying Schauffele is a major winner in the making and he has had some big near misses so far in his short career.

At 28 years old, the young American is not quite thought to be entering his golf prime but he's certainly still getting better.

He works very hard and has risen through the ranks with the likes of Jordan Spieth, Justin Thomas and Daniel Berger.

MORE: BROOKS KOEPKA ADMITS HE IS A RANGE RAT

MORE: GOLF AT ST ANDREWS IN DANGER OF RUIN

Xander Schauffele drains a long putt for eagle at the par-5 hole No. 15. #themasters pic.twitter.com/6uKxZYFPg5

Four wins on the PGA Tour have come along with millions of dollars in the bank off the course.

He tied for second with four others when Franceso Molinari lifted the Claret Jug.

One thing that fascinates golf fans is how they live their life off the course and the recipe for success on it.

Golf have recently done a wide-ranging interview with Schauffele and his team and asked them what makes him so successful.

They talked to his older brother Nico, his dad Stefan and wife Maya about what makes him tick.

MORE: HOW WILL THE PGA TOUR RESPOND TO SAUDI INFLUENCE?

Topics included how they see him as a brother, friend, husband and a competitor.

As you would expect, there are some interesting revelations.

One that stood out came from his father Stefan, who told Golf: "He hasn't changed anything at all.

"He doesn't even have a new car.

"He still drives his Toyota Camry and for a good reason.

"It makes him happy.

"He says it reminds him of how quickly this could all be gone."

Schauffele has everything but certainly appears to value what is important in his life judging by his father's comments.