'Tiger Woods making MEMORIES at Bellerive': Will the big cat make more in 2030?

Bellerive Country Club has been announced as the 2030 Presidents Cup venue. 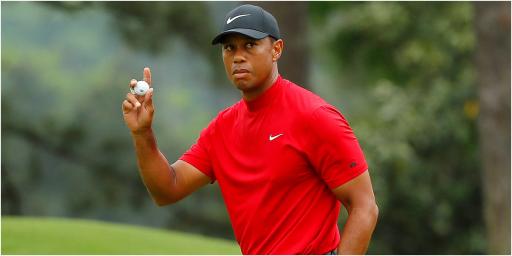 These were the words used when the big cat went on a memorable run on Sunday at the 2018 PGA Championship.

He fired a sublime 64 to the sound of thunderous roars and applause as we saw the magic come back.

Even if Woods is not there in 2030 we will still hear the roars as Bellerive Country Club has been announced as the Presidents Cup venue.

MORE: LEE WESTWOOD GETS IN A TWIST BY DOING YOGA

You asked for it Peter Baum, and here it is ... Tiger Woods' approach on the 15th hole at Bellerive on Sunday in 2018.

PGA Tour commissioner Jay Monahan said in a statement released to the media that the St. Louis venue was chosen as it is one of the most iconic sports towns.

The 2030 Presidents Cup will be the 18th edition of the event which started in 1994 which sees the United States face an International team.

It is a format which the United States have dominated since its inception with 11 victories, one drawn and a single defeat coming in 1998.

But before we get to Bellerive we will head to Quail Hollow next year, Royal Montreal Golf Club in 2024 and Medinah Country Club in 2026.

Bellerive played host to the 2018 PGA Championship and although it was won by Brooks Koepka it was Woods who stole the show.

Woods was a successful playing captain at the 2019 Presidents Cup.

MORE: HAS THIS GOLFER JUST MADE THE BEST DEAL IN HISTORY?

NEXT PAGE: WHY THIS BROOKS KOEPKA ADMISSION IS STRANGE