Cary Cozby, the director of golf at the 2022 PGA Championship venue, has revealed that Patrick Reed spent two days scouting at Southern Hills. 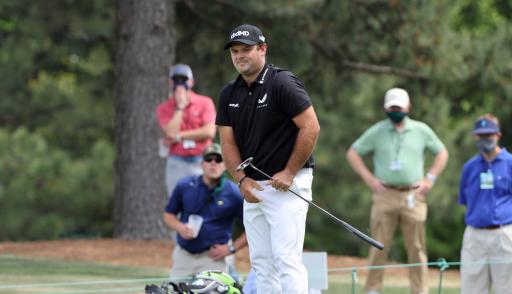 Patrick Reed spent two days practising at Southern Hills ahead of the PGA Championship, according to a report posted shortly after a Twitter account linked to Reed criticised Tiger Woods for the same thing.

Cary Cozby, the director of golf at Southern Hills, has reportedly told Golf Channel that Reed spent a lot of time on the greens in Tulsa, Oklahoma to prepare for the second major of the year.

This is an intriguing development as on May 1, a Twitter account called '@useGolfFACTS' tweeted a strong criticism of Cozby spending time with Tiger Woods at Southern Hills.

Woods, who won the USPGA at this course in 2007, has been included in the final field for the event which begins on May 19.

Cary Cozby, the director of golf at Southern Hills told Golf Channel that he “spent a lot of time with Patrick (Reed)” during a 2 day scouting session at the course a few weeks ago. “He worked hard on the greens.”

"I wonder what it’s like to have the Director of Golf at Southern Hills give you ALL the course notes you need for the upcoming @PGAChampionship. Do all players get this treatment @PGA? For @TigerWoods this is just embarrassing that @PGA posted this photo & it’s very telling," @useGolfFACTS tweeted.

This account is rumoured to be linked to Reed and this speculation began in October 2021 when it suggested that footage of Reed moving sand in a bunker at the 2019 Hero World Open was digitally altered.

The former Masters champion has only made one top-10 during the 2022 PGA Tour season. He came second at the Butterfield Bermuda Championship back in October and he came tied third at the Hero World Challenge which is an unofficial PGA Tour event.

Despite shooting a 68 in the first round of the Wells Fargo Championship last week, he shot a poor score of 79 in the second round to miss the cut at TPC Potomac.

Since winning his first major title in 2018, Reed has only recorded one top-five finish at a major tournament which came in the same year at the US Open.