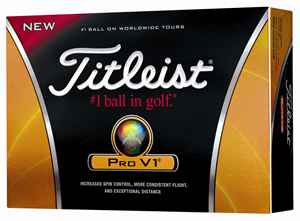 Ahead of their launch in January, I was able to take out an unmarked sleeve of 2011 ProV1 balls to review and to compare to the 2010 ProV1x, which an online fitting had recommended for my game.

I have become a convert almost overnight.

Immediately I felt the softer feel off the driver particularly and a flight that was pentrating but higher than that I'd been able to achieve with the ProV1x.

Also the wind was no problem to the ball and it held its line more consistently and generated telling spin off the short irons not only on full shots but check spin from pitches.

I can't say that it does exactly what it says on the box because the box was a pure white sample - but first impressions are good and I'll be looking to take the 'x' factor off my next ProV1 purchase!