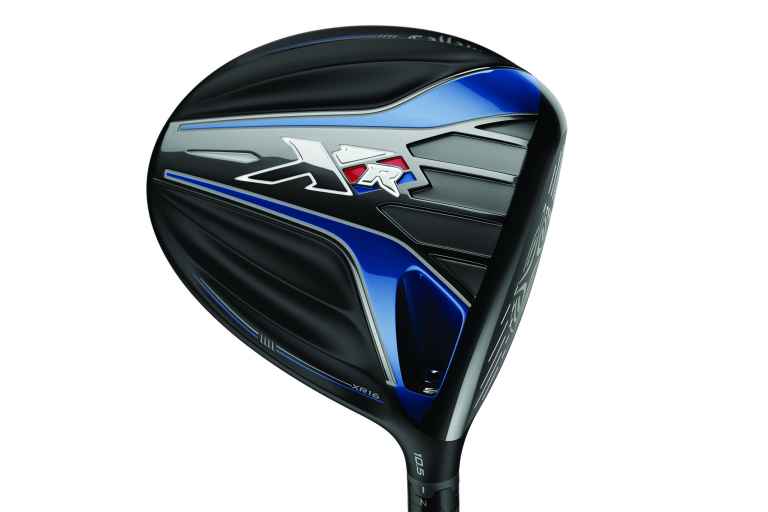 One of the longest drivers in 2016; aerodynamic head & "trip step" feature on the crown reduces the drag for greater clubhead speed; very forgiving; revamped R MOTO face is lighter and better sounding; excellent value given overall performance
There are more flashy and confidence-inspiring crowns on the market
Our score:
Overall:
5
PRICE: £289.00 YEAR: from 2016
Callaway XR 16 driver review - first look... by GolfMagic

Following its most successful season of European Tour victories, Callaway is once again ready to hit the heights with its Boeing-inspired XR 16 driver.

Working with the aircraft specialists to redefine what can be made possible with ball speed and aerodynamics, Callaway has unquestionably engineered its longest, fastest and most forgiving driver ever.

Callaway and Boeing have designed an aerodynamic head that really makes this thing fly, adding a new specific "trip step" feature on the crown to reduce the drag, which in turn, increases clubhead speed.

Interview: Boeing on working with Callaway

Ripping the head cover of the XR 16, and we must admit there are no radical differences against the appearance of the former XR. The new tripping feature and neat Callaway chevron certainly aids slightly better alignment to the ball, however.

The matte black finish reduced glare out in the Dubai sunshine at Arabian Ranches Golf Club, while the giant sweetspot and power-packed head presented us plenty of confidence when standing over the ball.

When it comes to sound and feel, the XR 16 is one of the sweetest and purest drivers on centre hits. The sound, as you can hear in our video review, keeps you coming back for more.

The stock Fujikura Speeder Evolution shaft also represents a dramatic improvement on the lightweight, stock True Temper of the former version, as it was much easier to control and nagate through the swing.

And once again, golfers can choose from a wide selection of shafts at no upcharge to fit their swing speeds which is a nice touch.

But what separates this year's model to last year's offering is performance. While the XR was impressive enough, the XR 16 is even more powerful and easier to hit high and straight.

What you need to know: Callaway XR 16

Testing out the 10.5-degree model with a slight draw setting, our clubhead speed was up 2mph to over 100mph and our average carry (255 yards) and total distance (285) exceeded expectations. Spin was also pleasingly sitting around the 2000 RPM mark.

Our average numbers not only surpass last year's XR driver by a good 10 yards total distance and 4mph when it comes to clubhead speed, but they narrowly pip any of the other new drivers we've clasped hands on.

The data and laser-like accuracy we noted during our testing is testament to the improved aerodynamic head that reduces the drag and the revamped R-MOTO face that is 9 grams lighter and 19% thinner than previous.

Not only does the XR 16 driver clock up the miles, it also serves drinks on the flight.

The ball appears to stay in the air forever. There is a lovely mid-to-high ball flight that, on the whole, travelled straight down our intended target line. Of the 20 drives we struck on the outdoor grass range, only four veered more than 10 yards offline.

When two powerhouses like Callaway and Boeing join forces, you probably should stand up and take note.

There may be more flashy and eye-catching drivers on the market right now, but there are few designed for players of all abilities that match the XR 16 when it comes to feel and performance.

Long, high, and extremely forgiving, we can see this one flying off the shelves in 2016.