Alex from GolfMagic tested the brand new Callaway ST MAX driver and compared its qualities with the previous Epic Speed. 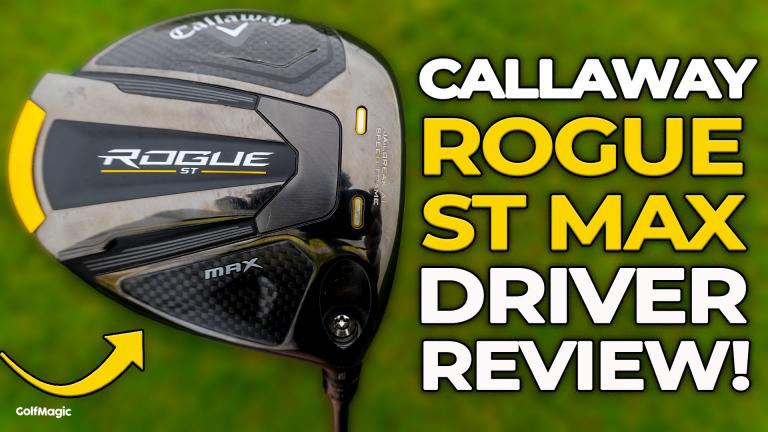 - The Callaway ST MAX driver is very forgiving and delivers accuracy and consistency.
- Other drivers could deliver longer distances.
Our score:
Overall:
5
PRICE: £479.00 YEAR: from 2022

The Callaway ST MAX driver is the flagship club of the new range that is made up of the Callaway Rogue ST MAX LS, Rogue ST MAX D and the Rogue Triple Diamond LS drivers.

Callaway have delved back into their Rogue name having used it in previous years. They have associated this new release with the style of Formula 1 cars and the refinement of their vehicles.

Instead of releasing a brand new club, they have gone back and refined an old model. They have introduced a speed-tuned tungsten weight cartridge low and deep into the face to improve ball speed robustness.

Ball speed robustness helps to maintain ball speed on off-centre hits. The gold and black colour scheme is arguably a better design than we saw with the Epic Speed range too.

The A.I flash face allows you to change the face and the way in which it controls spin rate. The Callaway ST MAX driver can be used by any golfer.

The crown of the clubhead is longer and larger and looks more forgiving. Although Alex found that the spin rate was high, the ball speeds were still impressive.

Alex also found that the Callaway ST MAX driver has a muted strike when compared to the Epic Speed drivers.

Bad strikes and off-centre hits still produced a good dispersion and consistent ball speeds, which is what makes this forgiving club suited to all handicappers.

The Callaway ST MAX driver is not the longest driver of the year, but it won't let you down for accuracy, consistency and forgiveness.