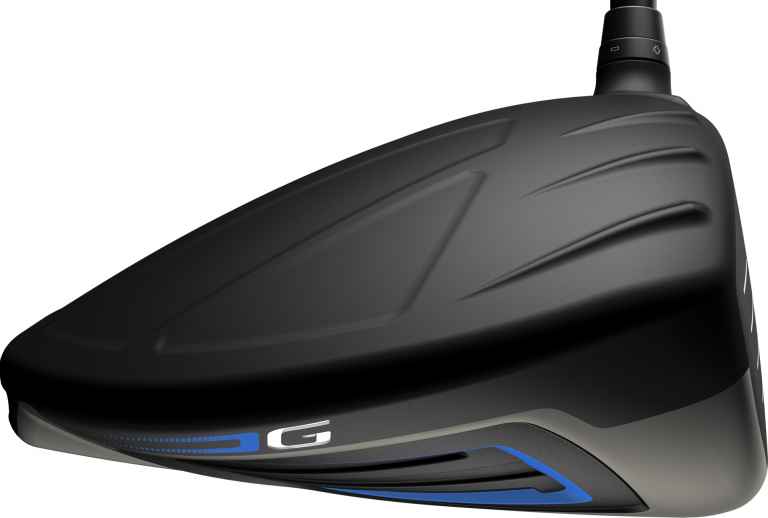 We can see the G driver appealing to just about everyone

Fresh off topping four of the major hardware product categories in the UK with its successful G30 range, PING is once again ready to spread its wings in 2016.

Six months down the line from launching its "i" range of player irons, it was of little surprise when PING revealed to us it was unveiling a "G" range of woods, irons and Crossovers.

On first look, we love the revamped crown design on PING's traditional matte black finish. It's arguably the most eye-catching PING driver to date aided by the new Dragon Fly feature to the back of the crown.

The face and crown colour combination could perhaps be a little better distinguished as with other drivers, but there is plenty of confidence standing over the ball as the "turbulators" aid strong alignment at address.

In terms of the sound at impact, the G offers some of the best driver acoustics for 2016. There is a hearty 'crack' as you send the ball into the sky. Like the G30, it felt more robust than former PING drivers.

While its head weight remains the same as before, the new Dragon Fly feature has been designed to provide a thinner crown (.017' thickness), which saves 8 grams of eight. This is a huge saving for a driver, and overall, the head feels fantastic as you give it a waggle at address.

The weight has been re-allocated within the structure to move the CG position .048 lower and .064' deeper to increase the MOI (6% higher top/bottom; 1% higher heel/toe) in comparison to the former G30 driver.

For us, the new Dragon Fly Technology was helping us enjoy a much tighter offline dispersion against the G30 driver, a more consistent ball flight and an increase in distance.

Our favourite feature of the G driver, however, is the new Vortec Technology that better stabilises the head in the downswing through impact. We felt much more in control of the head than before. With less turbulence when bringing the driver down, we felt we were able to get the clubhead down square at impact to the ball much more consistently.

PING informs us that its Vortec Technology reduces drag by 37% at impact when combined with other aerodynamic features (turbulators and redesigned face/crown transition) of the driver, and drag is reduced by an average of 11% during the entire downswing.

Another nice touch from PING is that it's once again launching a standard version (which we favoured and tested), an LS Tec (low spin) version for the higher swing speeds and steeper attack angles, and an SF Tec (Straight Flight) version for the slightly higher handicap players.

It will be a hard task for PING to emulate the success of the G30, but we believe the G has got every chance.

What we love about the G driver is that you can visually see all the new technology on offer just by looking at the crown design - and that is not necessarily the case with other drivers.

As a consumer who is about to hand over £349 on a new driver, you want to see for yourself what you are buying into at the end of the day. The addition of Dragon Fly and Vortec technologies certainly elevates the driver's shelf appeal - and we can assure you it makes a difference.

With a range of drivers in the G range to suit Bubba Watson (who will favour a limited edition pink version, pictured above) to a 28-handicap player, we can see the range appealing to just about everyone, especially those who are perhaps looking to upgrade their G25 after several years of loyal service.