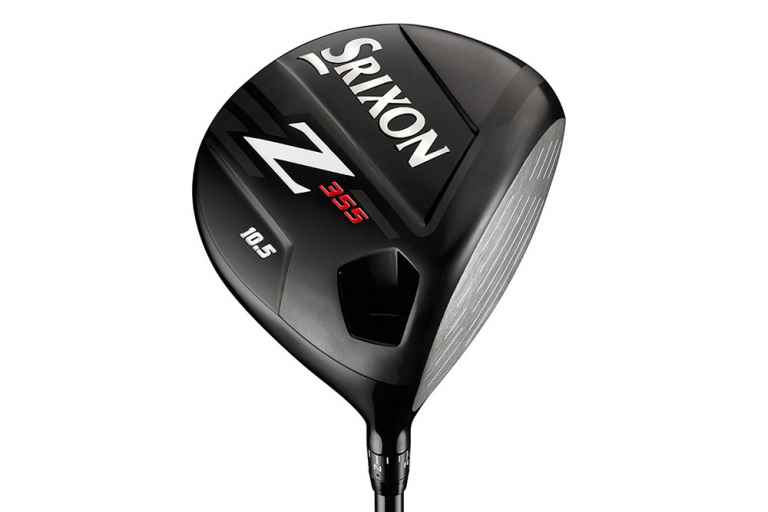 Srixon’s new Z355 driver is designed for mid to high handicappers, or players with slower swing speeds, seeking a few extra yards off the tee peg.

Top marks in the aesthetic stakes. Uncluttered and classy, it has a classic profile which looks superb behind the ball. Simple monochrome colour scheme works well – should appeal to the masses. No alignment aid, but colour contrast between face and crown allowed us to line up correctly.

Srixon has employed Action Mass technology in the Z355, and it pays dividends. A heavier head works in conjunction with a counterbalanced shaft for extra head speed. The slower swingers in the test were enjoying faster head speeds and up to five extra yards, while the faster swingers got decent distances, but failed to see much change in club head speed.

Overall, it’s one of the longer drivers on the market this year, especially for those with medium to slow swing speeds.

Because of Action Mass technology, the driver does feel head heavy, which may take players a while to get used to.

We were impressed with the amount of forgiveness on offer. From all over the face, players get a helping hand, thanks to the 6-4 Ti Cup Face, which expands the sweet spot.

The feel is solid and players will enjoy a decent deal of feedback, which boosts confidence. It has a penetrating ball flight and boasts a pleasing sound.

The Srixon Z355 driver will benefit players with medium to slow swing speeds. Action Mass technology will help you increase your club head speed, and therefore boost your total distance.

There is also an appealing amount of forgiveness provided, and we are big fans of the classic look. For £279, this is one superb driver.