An Important Warning About the New TaylorMade P7MB's... 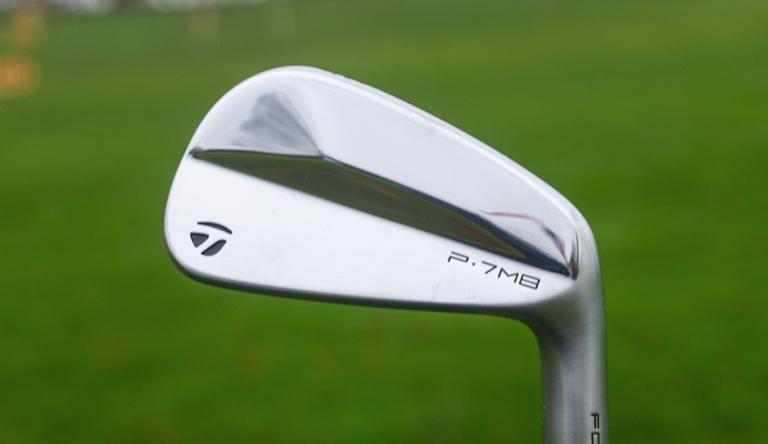 - The best-looking iron we have seen in 2022 - The irons are workable which is good for shot-shaping and the set is progressive from short irons to long irons - Improved turf interaction
- Very hard to find the middle of the club face - Only suited to professional golfers and top-end amateurs
Our score:
Overall:
4.5
PRICE: £165.00 YEAR: from 2022

The TaylorMade P7MBs aren't for the faint-hearted. They are superb-looking irons and a ball-striker's dream but stay away if you want forgiveness and game improvement.

These bladed irons are made to be a blend of traditional muscle back performance with a modern look and design. The design is timeless and looks great at address and in your bag.

These irons largely appeal to the best golfers in the game. They were constructed as a result of feedback from PGA Tour players such as Rory McIlroy and Collin Morikawa.

The P7MBs have been released alongside the P770s and the P7MCs which have a tad more forgiveness. These new irons have been introduced by TaylorMade joining the old P790s.

GolfMagic Equipment Editor Alex Lodge took a closer look into these new beasts and you can leave your comments and questions on our YouTube video review below.

What are the TaylorMade P7MBs all about?

TaylorMade describes each strike with the P7MBs as "sensory overload," delivering super feedback and a best-in-class feel.

These irons are designed for the best ball-strikers in the world who want surgical control and precision shot-making. They feature a shorter blade length, brand-new sole geometry and progressive offset to create a minimalist profile designed to control shot shape and trajectory.

The sole of P7MB is one millimetre narrower than before, meaning engineers added more bounce to the leading edge which creates a completely different sensation through the turf.

As the P7MBs are blades, these irons suit the very best players in the game. Professionals and top-end amateurs are suited to these irons, but standard handicappers should keep well away.

We believe that the TaylorMade P7MBs are the nicest-looking club on the market. The design is extremely impressive and also simplistic.

As this is a bladed club, the design isn't complex. It has a bar back which makes it look different to the previous P7MB model.

When hitting the 6-iron, we found that although it is harder to find the middle of the club face, these irons provide sweet and satisfying connections when struck well.

The P7MCs and P770s are more forgiving than the new P7MBs, which is why players on the PGA Tour prefer the former to the latter. The P7MBs require consistent ball-striking and confidence in your swing.

When hitting these irons at Gatwick Golf Studio, we experienced immediate feedback from the club face. When you hit a blade, you know for certain which part of the face you have used to hit the ball.

We found the P7MBs difficult to hit and this showed in our dispersion. Unless you are a professional golfer, it is incredibly hard to hit the P7MBs well.

With the 6-iron, we averaged 189 yards total and 178 yards carry. These numbers aren't bad, but they don't represent the quality of ball-striking or direction.

The 4-iron is certainly an intimidating club. At address, it isn't a confidence-inspiring club. Our shot dispersion wasn't that impressive, but it was no worse than our performance with the 6-iron.

We averaged 222 yards total and 205 carry. With just a touch more forgiveness, these irons would be easier to hit and appeal to a lot more golfers.

If you are looking for forgiveness and an iron that will improve your game, you shouldn't purchase a set of TaylorMade P7MBs.

They offer good workability and sweet connections from the middle of the club face, but these qualities are largely exclusive to professionals and high-performing amateurs.

As you can see in the video above, the irons are visibly intimidating and they don't instil confidence when you address the ball.

These irons are made for the most confident ball-strikers and not for those who are looking to improve their handicap.